New York Mets starting pitcher Matt Harvey retired the first 12 batters on the way to a 4-2 victory over the Chicago Cubs in the opener of the National League Championship Series. 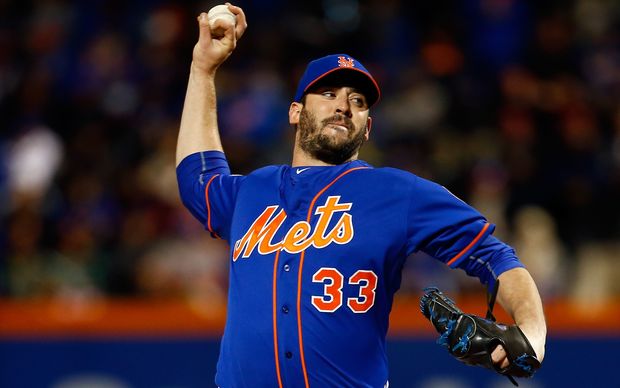 Harvey shut down the power-hitting Cubs on four hits over seven innings with nine strikeouts and was followed to the mound by closer Jeurys Familia, who registered the last four outs for the save.

"He pitched a great game," Mets manager Terry Collins said of his starter, who is on the comeback trail this season following a lost year due to elbow surgery.

Cubs manager Joe Maddon said Harvey leaned heavily on his secondary pitches on a cold, windy night that had the sell-out Citi Field crowd dressed in winter jackets and many of the players in balaclavas to keep warm.

"He was outstanding," said Maddon. "Give him credit. His stuff is always good, but the command was outrageous tonight."

The win gave New York a 1-0 lead in the best-of-seven series that determines the National League representative in the World Series and pits two teams starved for a shot at the title.

Chicago is trying to reach a first World Series in 70 years and win the Major League title after a 107-year wait since their 1908 triumph. The Mets last won the Fall Classic 29 years ago.

Meanwhile, the Kansas City Royals saw their chance and took it, exploding for five runs in the seventh inning to steal a 6-3 win over the stunned Toronto Blue Jays and seize a commanding 2-0 lead in the American League Championship Series.

The best-of-seven series shifts to Toronto for Game Three on Tuesday and the Blue Jays are desperate for a victory.

Leading 3-0 and with ace David Price on cruise control having retired 18 consecutive batters, Toronto had looked poised to level the series until a Kansas City barrage of seventh inning singles during which Eric Hosmer, Mike Moustakas, Alex Gordon, Alex Rios and Kendrys Morales, on a fielder's choice, all drove in runs. 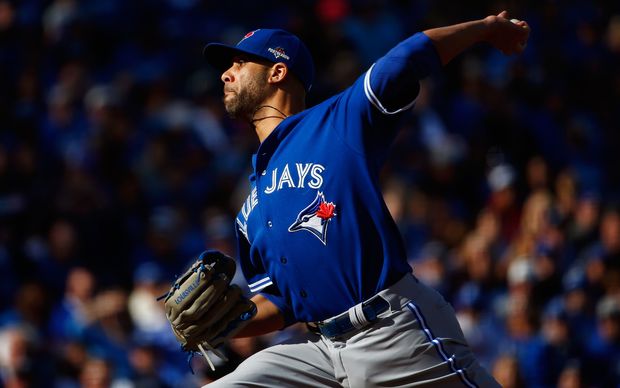 The inning began on an ominous note when Ben Zobrist floated a soft pop fly into shallow right that left Ryan Goins and Jose Bautista staring at each other to make the easy catch as the ball fell fair.

After Toronto opened the door the Royals did not look back, scoring five and adding another on a Moustakas RBI in the eighth.

A regular Cy Young contender rated one of the best pitchers in baseball, Price has not been able to produce the same results in the postseason where he is 0-7 as a starter.