Not everyone recognised Tasmanian-bred, Mongolian-owned and New Zealand-trained Mongolian Khan's potential, but "Mr Wolf" did. 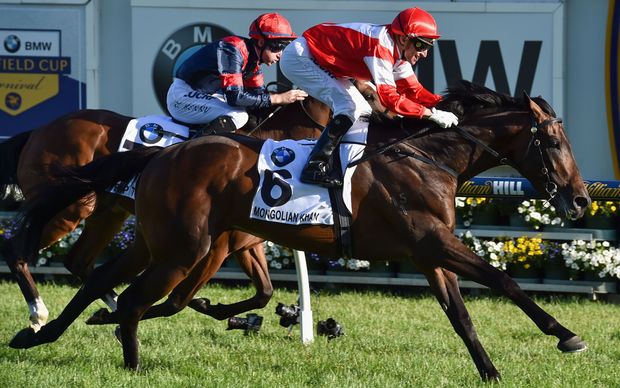 Lang paid $220,000 for Mongolian Khan at a New Zealand ready-to-run sale in 2013 after his Hong Kong buyers rejected him.

"He got sold for $8,000 as a weanling so there's always hope," Kiwi trainer Murray Baker said.

"He's got a beautiful relaxed temperament when you ride him and I think he just enjoys being a racehorse."

The Kiwi stayer fended off the northern hemisphere challenge to win the Caulfield Cup on Saturday. Next is the Melbourne Cup.

"He was bought by a Cambridge agent for a Hong Kong buyer who didn't like the horse and told him to get rid of it," Baker said.

Then Mr Wolf stepped in. 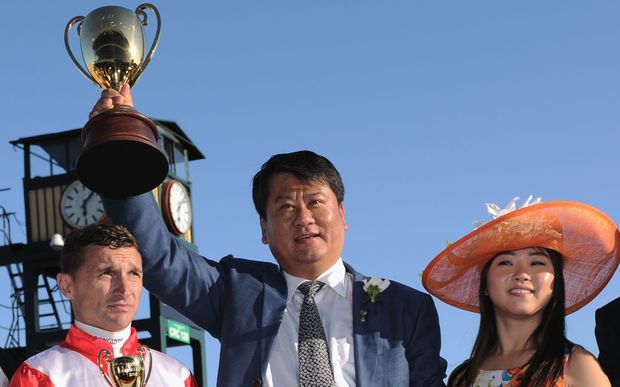 "He wanted to get a stayer," said Graeme Forbes, who helps manage Lang's horses.

"It was just his love of the action. He's beautiful," he said of the attraction of the horse rejected by his previous owner.

Even his staff call the founder and CEO of Inner Mongolia Rider Horse Industry Mr Wolf - he does have pet wolves.