Not only did the Wellington Phoenix lose their opening match of the season, they've now lost seasoned skipper Andrew Durante for up to a month.

Durante suffered a badly bruised calf in his side's season opening 2-1 loss to Newcastle on Sunday.

The Phoenix play Perth Glory in Perth this weekend, with Ben Sigmund set to lead the side.

Coach Ernie Merrick said Durante's injury was much worse than they initially thought.

"There's a lost of bleeding in his calf. They've drained a lot of it but he's going to be out for three weeks, maybe four weeks. It's a pretty bad injury." 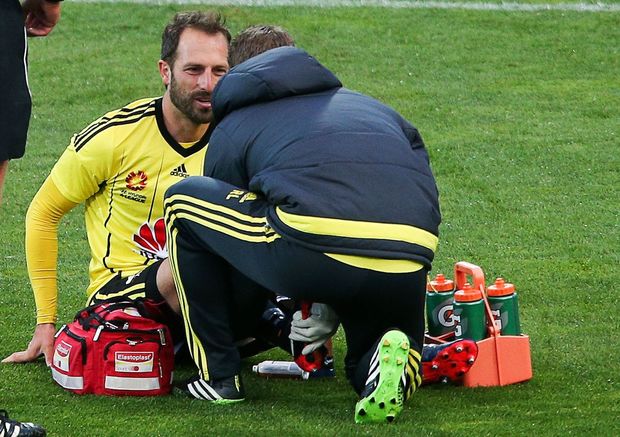 Merrick said the 33-year-old, who's been largely injury-free during his time with the club, will be a big loss but they can't afford to dwell on it.

"He's a big miss but I've always believed you can't have a team built around one player."

Lessons have been learnt. Two seasons ago the Phoenix badly missed defensive midfielder Albert Riera when he was injured for a large part of the season.

"When we lost Riera we didn't have a back up, now we've got back-up," said Merrick.

There will be only one change to the match-day squad to play Perth, although it seems Dutch player and striker Jeffrey Sarpong could get his first start for the side.