The former Breakers guard Kirk Penney hit a game-high 36 points to sink his old club as the Illawarra Hawks won their ANBL clash 96-75. 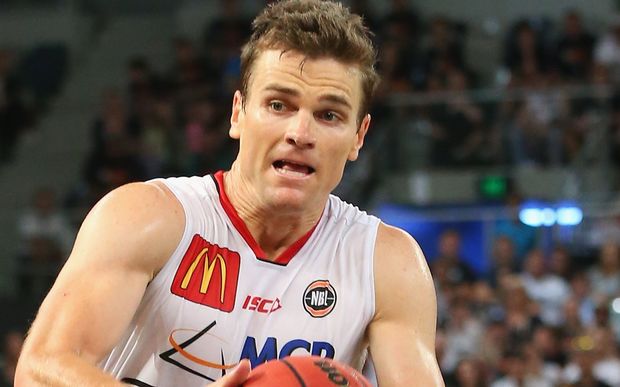 Kirk Penney of the Hawks shoots during the ANBL. 2015. Photo: Getty Images

It is the Breakers second loss from three games.

Making a huge statement for his team in their first home game of the season, the experienced 34-year old Penney was outstanding against his former side, sinking 7-of-12 three-point shots and hitting all nine of his free throws.

''I was going to be aggressive tonight,'' Penney said, ''I really wanted to get after it.''

Hawks centre AJ Ogilvy was also superb with 23 points, 10 rebounds, four steals and two blocks, while Charles Jackson finished with a team-high 19 points for the Breakers.

Illawarra led at every change to claim their maiden win of the season.

The Hawks were without guards Rhys Martin and Kevin Lisch, while Mika Vukona and Corey Webster were absent for the Breakers.

Another telling statistic was New Zealand's making just 6-of-8 free throws - a stark contrast to Illawarra's 15-of-16.

The Breakers now head to Perth to take on the Wildcats tomorrow night.