FIFA's ethics watchdog has suspended the two most powerful men in football, Sepp Blatter and Michel Platini, for 90 days in a sensational new blow to the sport's scandal-tainted governing body. 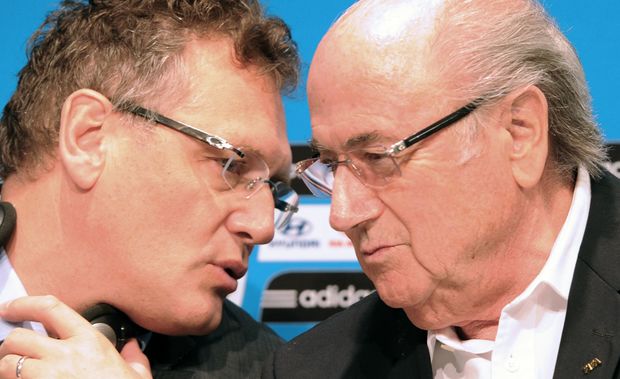 Secretary-general Jerome Valcke was also suspended for 90 days while South Korean tycoon Chung Mong-Joon, a candidate for the FIFA presidency along with Platini, was banned outright for six years.

The International Olympic Committee president Thomas Bach has now weighed in, calling on FIFA to consider a "credible external candidate" as president.

Chris Eaton, the executive director of the international centre for sport security, who is also a former head of security at FIFA, says the governing body needs a complete rebuild.

"It's finally reached the jugular and the head has been removed, FIFA can't survive this in its current form," Eaton said.

"FIFA's not about reform anymore, it's about rebuilding a shocking series of revelations over the past two years that have been gestating probably over the last 15 years.

"We see Thomas Bach coming out today talking about an independent president, this is all about protecting this independence, this notion of autonomy in sport which has got to be dead now," Eaton said.

Issa Hayatou, the head of the Confederation of African Football and a Blatter ally, has been put in temporary charge of FIFA.