Tim Sheens, the long-serving coach of Australia's rugby league team, is leaving the Kangaroos to take over as full-time director of rugby with English Super League side Salford.

Sheens guided Australia to victory at the 2013 World Cup and has a record of 26 wins in his 31 matches.

But the 64-year-old wasn't expected to be re-appointed in November after losing three consecutive Tests to the Kiwis, and with it the world No.1 ranking. 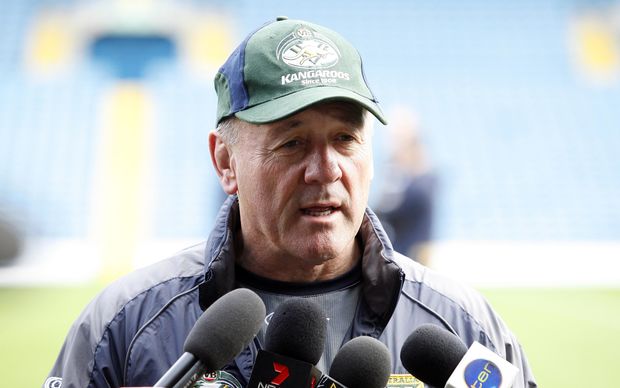 Tim Sheens talks to the media in England during the Four Nations in 2011 Photo: Photosport

Sheens has spent the last two months working at Salford on a short-term advisory basis, and has now decided to make the role permanent.

NRL Head of Football Todd Greenberg said Sheens had been a wonderful coach during his time with the Kangaroos, from 2009 until 2015.

"Tim's record speaks for itself - his teams won 26 of 31 Test matches while he was Kangaroos coach," Mr Greenberg said.

"Tim has been an enormously successful Kangaroos coach, winning a World Cup and two Four Nations tournaments during that time.

"We certainly thank Tim for his service and wish him all the best for the future."

Following a review of the Kangaroos set-up, the ARLC is yet to make a decision on Kangaroos head coach for 2016 and beyond.