Chelsea manager Jose Mourinho says he is going through the worst period of his managerial career with his team winning just four of their 12 matches this season.

The English Premier League champions are 16th on the table after eight games, having just won twice in the league, and now losing 3-1 to Southampton at home. 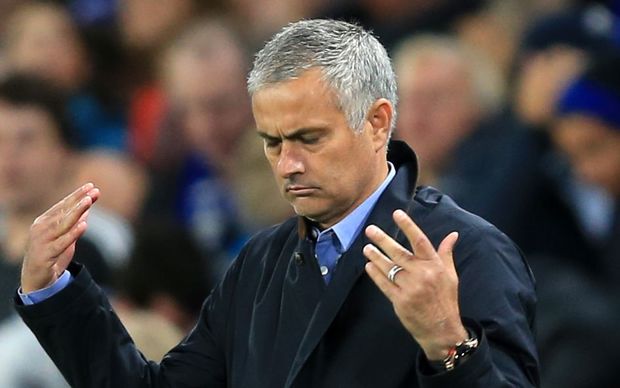 It is the kind of position they regularly occupied before the arrival of billionaire Roman Abramovitch in 2003, but one that younger Chelsea fans are unused to seeing them in.

Chelsea, who kept 17 league clean sheets last season, have kept just one so far against Arsenal, and have conceded 17 goals. Only Sunderland, who are bottom, have let in more in the league.

No team has allowed their opponents more shots on target than Chelsea.

"I define this as the worst period in my career. It's a fantastic experience, even though I don't want to repeat it again," Mourinho told reporters at the club's training ground at Cobham, south of London.

"Players know when they make mistakes. I don't know what it's like in your offices, but nobody seems to care about your mistakes," he said.

Mourinho refused to be drawn on the subject of Eva Carnero, the former first team doctor who quit after being criticised by the manager. Although he was cleared by the FA of discriminatory charges against the doctor, FA chairman Greg Dyke said on Thursday Mourinho was in the wrong and should have apologised.

Branislav Ivanovic has been heavily criticised for his performances this season, but Mourinho continued to back the player, saying the Serbia international is the best right back in the league, but conceding that his form must improve.

"I have no doubt Ivanovic is the best right back and also no doubt he needs to improve his form.

"He likes to speak with me about mistakes. He doesn't cry about it like some newspapers," he said.

"There is open communication between everyone here, with no crying and no prima donnas," the former Real Madrid manager added.

Thibaut Courtois' recovery from injury is going well, with the keeper expected back in December, the Portuguese said, while confirming that he was hoping to sign former Italy keeper Marco Amelia, who has been training with the team.

Apart from the poor results, the other issue troubling Chelsea's fans has been the absence of club captain John Terry from the starting lineup.

Terry has been an unused substitute four times in the last five matches, with the Chelsea faithful chanting "we want our captain back" after their defeat at Porto in the Champions League on Tuesday.