FIFA President Sepp Blatter, under criminal investigation by Swiss authorities, plans to remain in his job until February and told staff at the world football governing body that he had done nothing illegal or improper, Blatter's lawyers said. 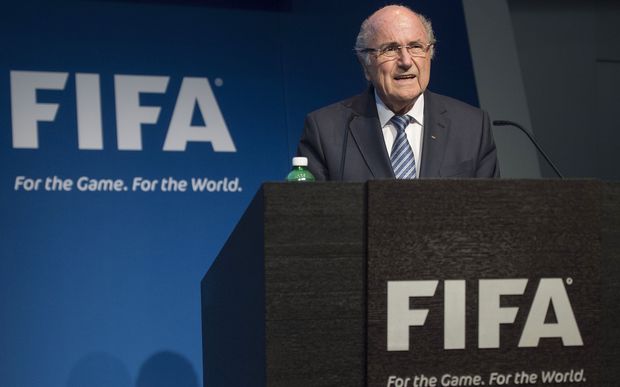 An emailed statement from Blatter's personal lawyers, Lorenz Erni of Switzerland and Richard Cullen of the United States, also defended payments that Zurich-based FIFA made to Michel Platini, president of the UEFA football confederation, as "valid compensation" for Platini's work as an adviser.

Swiss prosecutors said at the weekend they had opened a criminal investigation into Blatter on suspicion of criminal mismanagement and misappropriation of funds. Authorities interrogated Blatter at FIFA headquarters and seized unspecified data from his office.

Blatter told Swiss authorities on Saturday that Platini "had a valuable employment relationship with FIFA" as an adviser, Blatter's personal lawyers said.

"He explained to the prosecutors that the payments were valid compensation and nothing more and were properly accounted for within FIFA including the withholding of Social Security contributions," the lawyers said.

Platini made his own defence of the payments on Monday. The one-time France star said in a statement that he had not been accused of wrongdoing and that the money was fully declared to authorities in accordance with Swiss law. Platini offered to help FIFA's Ethics Committee to resolve any issues over the payment.

Blatter has said he plans to resign the presidency after an election in February.

He is also being investigated by US prosecutors and the FBI as part of a sweeping probe into allegations of corruption in the world's most popular sport.