A top New Zealand netball official is confident players won't be deterred from attempting the 'lift' maneuver when rule changes come into force next year. 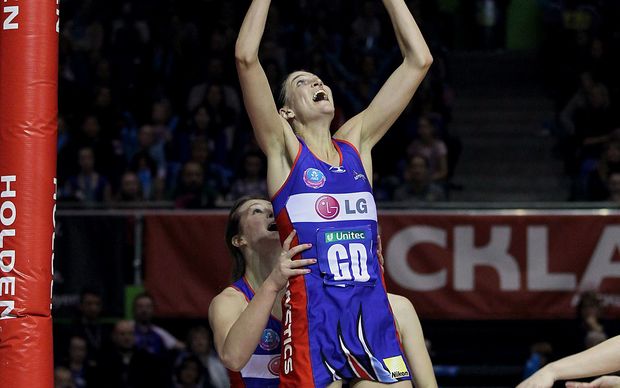 World netball bosses voted through a series of changes during a meeting at the recent world cup in Sydney.

Former Silver Fern Anna Harrison caused a storm when she pulled off the 'hoist' or 'lift' during the 2012 ANZ season and the move has started to creep into the game.

Under the changes 'goal-tending' will not longer be allowed in so far as players cannot block a shot once the ball is on a downward arc.

But Dawn Jones, one of three New Zealand officials on the sport's rules advisory panel, says players best execute the move when the ball is on the way up.

"It hasn't actually been an issue in the game but it was seen that it could be so it's been dealt with in terms of the downward path of the ball being considered to be sacrosanct whereas you can intercept it on the way up," said Jones.

The other major change will mean the use of injury breaks as tactical time-outs will no longer be possible.

Currently both sides are allowed two minutes for the first injury break in each quarter which allowed for the cynical use of the time-out for coaching.

Dawn Jones says all injury and illness breaks will be limited to 30 seconds and the player must come straight off the court.

"There is obviously the ability for the substitution of players to be worked around stoppages but to be frank you can't cut everything out and that seemed a lesser intrusion into the game than the current tactical use of stoppages."

She says the international coaching committee recommended that change be made.

Dawn Jones says umpires will no longer blow the whistle after a goal is scored or the ball goes out of court which is expected to reduce the amount of whistle in the game by about 30 percent.