The world's highest-paid athletes are a much richer and more international group than those who dominated the same list 20 years ago, according to Forbes magazine. 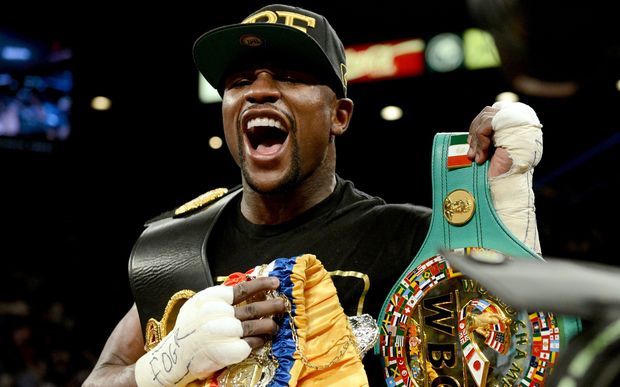 The top 40 earners in sport over the last year combined to earn US$1.9 billion in prize money, salary and endorsements, up significantly from the US$490 million made by the highest earners in 1995, according to Forbes.

Among those on the current list, 21 were born outside the United States, including four of the top five.

By comparison, former Formula One driver Michael Schumacher of Germany, ranked ninth, was highest among the eight non-Americans who made the 1995 list.

There is also a much heavier dose of soccer players in the 2015 list compared to 20 years ago, which Forbes attributed to a 1995 court decision that allowed players whose contracts were up to switch teams without a transfer fee.

American Floyd Mayweather Jr., whose fight with Manny Pacquiao in May was the richest bout in boxing history, was the runaway leader atop the current Forbes list with total earnings of $300 million during the 12-month period ending in June.

Mayweather's earnings shattered the previous mark held by American golfer Tiger Woods, who banked $115 million in 2008, according to Forbes.