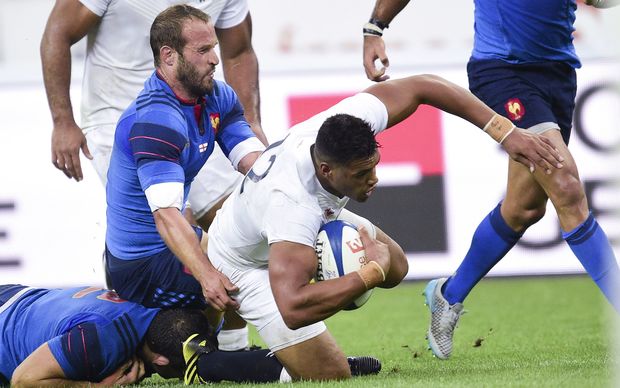 France were worthy winners although they had to endure a nervy last 10 minutes when England, trailing 25-6 at the time, scored two quickfire tries.

But it was a dominant forward performance from the French, with the hosts' pack overpowering their opponents, whose pack could not get a foothold in the game.

England had won the first of these warm-ups last weekend at Twickenham with a narrow 19-14 triumph.

France made 12 changes from that match while England went for 14 changes in their starting XV, making them almost at full-strength.

England captain Chris Robshaw admitted his side had made too many errors to compete.

"In the first half we were shocking with our discipline," Robshaw said.

"We gave too many penalties away, but give us credit in the second half we came out and played well but couldn't quite get over the line in the end," the flanker added.

"We'll look long and hard at ourselves. We let ourselves down in the first half. We played well in phases but you can't wait for 40 minutes to do that."

The Scots secured their first win of the year after Duncan Weir kicked three penalties, matched by one for Gonzalo Garcia and two from Tommaso Allan by the hosts, to make the score 9-9 at half-time. 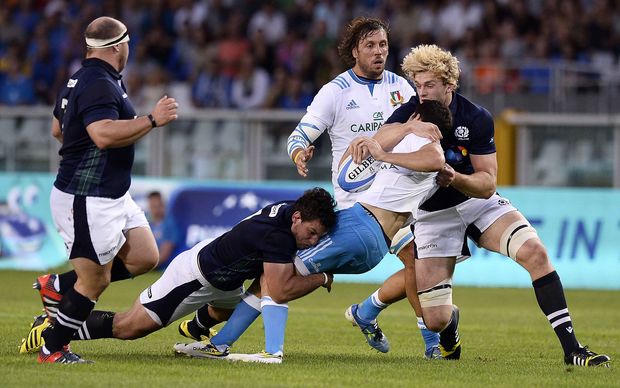 Allan's third penalty put Italy ahead but Pyrgos went over against the run of play late on and Weir added the conversion to seal the Scottish win.

The two sides meet again at Murrayfield next weekend before Scotland coach Vern Cotter announces his 31-man squad for the World Cup.

Scotland begin their World Cup campaign against Japan in Gloucester on September 23rd.