Lisa Carrington has cruised into the final of the K1 500 at the canoe racing world championships in Milan, although her rivals will be waiting eagerly for her once she gets there. 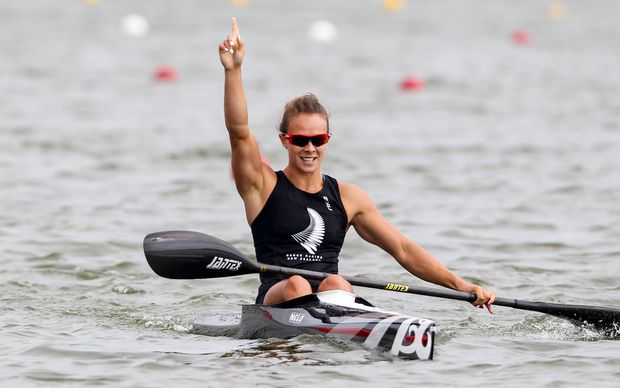 On a brutal day for the New Zealand team, Carrington was again a shining light, winning her heat, then going nearly five seconds faster to win her semifinal in 1:49.407.

The 26-year-old wasn't pushed in her semi, with Volha Khudzenka (Belarus) more than a second back, while three other paddlers recording faster times in the other semifinals.

Hungarian Anna Kárász was the quickest qualifier for Saturday's final, while Carrington was fourth fastest.

Carrington lines up in her K1 200m heats on Friday evening, as she chases an historic world championship double.

She is the Olympic and World Champion in the shorter event and is hoping to improve on her silver medal in the 500 event last year.

Meanwhile, the New Zealand males found the going much tougher on the second day of the five-day championship, with Marty McDowell missing out on the K1 1000m semifinals and Zac Franich and Darryl Fitzgerald finishing sixth in their K2 1000m semi-final.

That's put them in Saturday's C final, with a chance to break into the top-20 in the world.

The top 12 K2 crews were all within three seconds of each other, with Franich and Fitzgerald less than 10 seconds back after a 3:18.344 semifinal effort, which was a seven-second improvement on their heat time.

McDowell had the unluckiest race of the day, drawing the fastest heat of the morning and finishing sixth to miss the semis by one spot.

His 3:40.005 time would've been comfortably enough to progress in four of the other six heats.