OPINION: The World Cup jigsaw will become a little more complete this weekend when the All Blacks play South Africa in Johannesburg.

With Dan Carter rested the match provides coach Steve Hansen the opportunity to truly test his depth at first five.

Beauden Barrett has a point to prove. While there is no doubt he will be part of the World Cup squad named at the end of August, he needs to show the kind of form he was in last year.

Barrett hasn't played since the Hurricanes' Super Rugby final loss to the Highlanders. He rushed back into the Hurricanes starting lineup after suffering a knee injury.

His tentative performance in that match showed he certainly wasn't 100 percent fit.

While Hansen opted to rest the bulk of the Hurricanes and Highlanders in the first two Tests against Samoa and Argentina, had Barrett been fit you might have expected to see him get a run at some stage as he'd pretty much had a month off in the leadup to the Super Rugby final because of injury.

The fact he hasn't played suggests he still needed some rehabilitation on his knee. 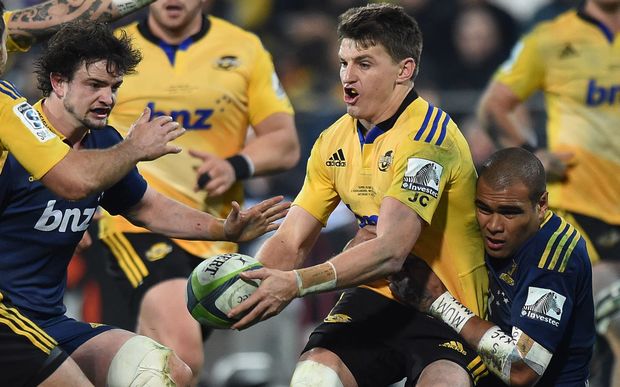 Given the drama surrounding the revolving door at first five-eighths during the last World Cup, Hansen is taking no chances.

That's why Lima Sopoaga is getting a run. Chances are Sopoaga won't be in the World Cup squad when you've got Carter, Barrett and Colin Slade who can play in the No.10 jersey. But Hansen needs to know Sopoaga can handle the pressure should he suddenly be summoned to the UK because of injury woes.

What better chance to test his mettle than against the Springboks in Johannesburg? And just how he copes is likely to determine how much of a future he has at international level, particularly given Carter and Slade will be off after the World Cup. 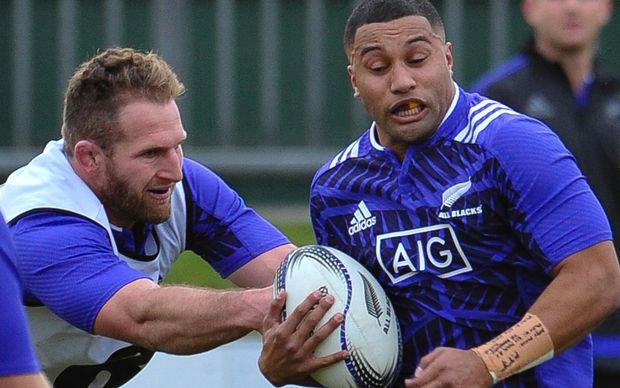 The pressure is on Lima Sopoaga to show that he is capable of guiding an All Blacks side from first five-eight. Photo: Photosport

Leaving Dan Carter at home was a good idea now that he's the number one first-five for the World Cup. No need to put him in danger by some big hulking Springbok loosies running at him.

Hansen and his fellow selectors will have probably 25, if not more, of their 31-man World Cup squad sorted and these Rugby Championship matches could be more about how those players fit into his master plan.

Sonny Bill Williams played well against the Argentinians last weekend and while he had some good off-loads, generally his distribution from second-five was only average, often passing the ball to a heavily marked player - hence a re-jig in the midfield this weekend.

There are probably just four World Cup midfield places up for grabs and with Ma'a Nonu and Conrad Smith certainties, the other two spots will be filled from SBW, Malakai Fekitoa and Ryan Crotty, while Ben Smith is also an option.

Up front a number of players aren't at their best yet, but that's to be expected. Some have had a lengthy break following Super Rugby, while others are still getting over injuries.

Someone who is up to speed is captain Richie McCaw and he's again a dominant player.

The 34-year-old continues to be the key figure at the breakdown and it's obvious that he's got his body ready for one last campaign - the World Cup.

Remember back to 2011 and the last World Cup, when we were all thinking who would be the No.7 at this year's tournament? Not many felt it would be McCaw.

It will be McCaw's 140th Test this weekend, making him the second most-capped player of all time, overtaking George Gregan (139) and one behind Irishman Brian O'Driscoll. 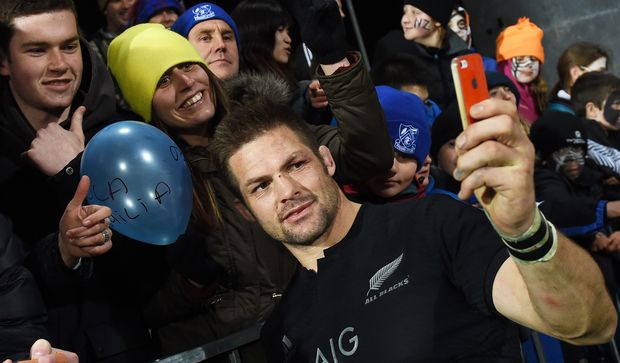 A special mention must go to McCaw's opposite this weekend, the Springbok loosie Schalk Burger.

He's been named captain. Not long ago his life was in turmoil and there were fears he could die.

Burger contracted meningitis in 2013, he had a cyst removed from next to his spine, and last year he overcame major neck and knee injuries.

He's a great player, a man with an enjoyable sense of humour and delight to talk to.