The Irish golfer Paul Dunne is in contention to become the first amateur to win the British Open for 85 years after a sensational third-round display sent him rocketing into a tie for the lead. 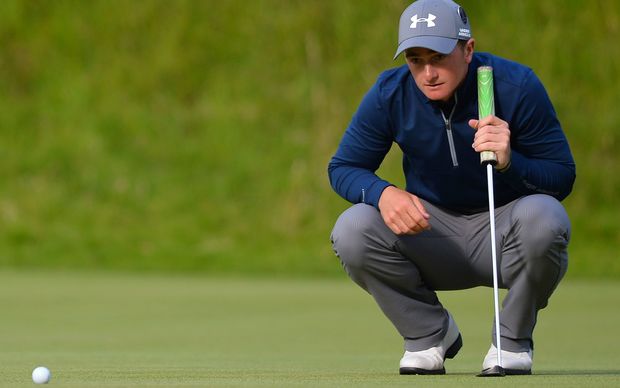 The 22-year-old joined 2010 winner Louis Oosthuizen and experienced Australian Jason Day on 12 under par after firing a six under par 66, his third sub-70 round of the week.

Dunne, who won a place at golf's oldest major through final qualifying, thanked the galleries for their backing and says the fans made Scotland's St Andrews feel like Ireland.

Dunne, from Greystones, a coastal town just south of Dublin, is the first amateur to be at the top of the leaderboard after three rounds since Bobby Jones in 1927.

American Jordan Spieth, who's bidding to join Ben Hogan as only the second man to win golf's first three majors of the year, shot a six-under-par 66 to move to 11 under for the championship, one shot behind the leaders.