Two medals in track and field at the World University Games in Korea on Saturday have brought the New Zealand team's medal tally to five.

Julia Ratcliffe, who was the New Zealand flag bearer at the opening ceremony, claimed a bronze medal in the women's hammer with a throw of 67.54 metres. 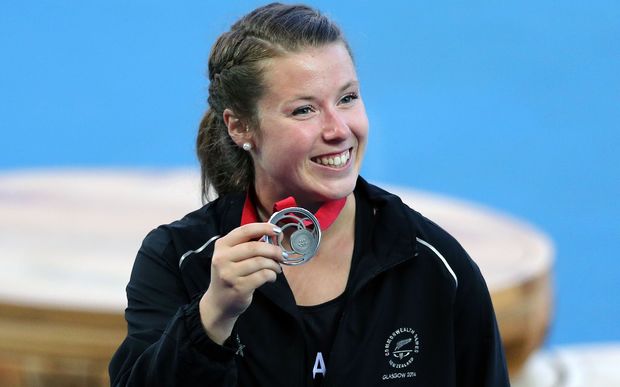 In heavy rain, Hanna Skydan of Azerbaijan threw 70.67 metres to win gold and Joanna Fiodorow of Poland was second with a distance of 69.69 metres.

"I didn't throw as well as I wanted to, nowhere close," said Ratcliffe, "but the conditions were awful. I did what I needed to do to get into the medals, so you can't complain about that.''

On the Waikato University student's 25th birthday, Buscomb recorded a time of 16:03.72, just 0.43 seconds behind the winner, Kristina Maki from the Czech Republic.

The pace was slow on the wet track, dashing any hopes the Cambridge athlete had of qualifying for the Beijing World Championships later this year.

"It's amazing to come here and medal. I'm so happy,'' Buscomb said.

The New Zealand medal tally is now at five for the tournament in Gwangju after Angie Petty won gold in the 800 metres, Eliza McCartney claimed silver in the women's pole vault and rower Toby Cunliffe-Steel won silver in the men's lightweight single scull.

New Zealand has 66 athletes competing at the event.