Defending champion Novak Djokovic will have to hit the ground running at Wimbledon next week after being given a tricky route into the second week of the grasscourt grand slam. 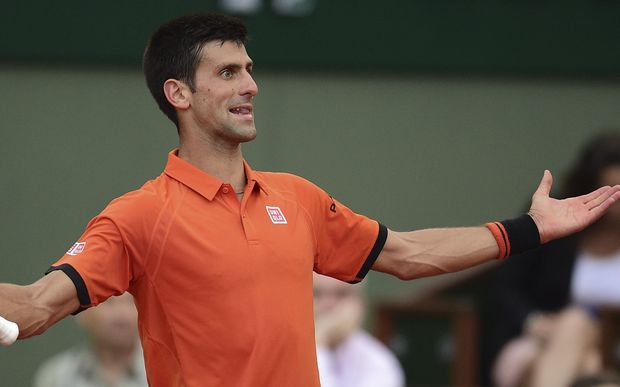 He could face former champion Lleyton Hewitt in round two and Australia's Bernard Tomic in the third round.

Hardly an ideal draw for the world number one who has not played a competitive match since losing to Stanislas Wawrinka in the French Open final, depriving him of a career grand slam.

"I needed a little bit of time to regroup, to recharge my batteries, stay with the family, the little one and come here to London preparing for the biggest event in the world in our sport," the 28-year-old said.

Kohlschreiber once beat Djokovic at Roland Garros and, at 33 in the ATP standings, is the highest-ranked player Djokovic could have faced in the first round.

Second seed Roger Federer, bidding for an eighth Wimbledon title after losing in the final to Djokovic last year, will play Bosnia's Damir Dzumhur who he beat at the French Open.

Czech Petra Kvitova, who stormed to her second title last year when she crushed Canada's Eugenie Bouchard in the women's final, will begin against Kiki Bertens of the Netherlands.

She could play former world number one Jelena Jankovic in the third round.

The top half of the women's draw looks stronger than the bottom with world number one Serena Williams joined by Ana Ivanovic, Maria Sharapova and five-times winner Venus Williams.

American sisters Serena and Venus could meet in the last 16.

Serena should have little trouble in the first round after being drawn against Russian qualifier Margarita Gasparyan.

In-form home favourite Andy Murray faces a potentially tough path if he is to win a second Wimbledon title.

He plays Mikhail Kukushkin of Kazakhstan in round one but Frenchman Jo-Wilfried Tsonga could be waiting in the last 16 with Rafa Nadal or fellow Spaniard David Ferrer in the quarters with Federer his probable semi-final foe.