Actor-director Ben Affleck is to help produce a feature film about the corruption scandal that has rocked world soccer and its governing body FIFA.

Affleck and his friend since childhood, actor Matt Damon, will be among the producers of the as-yet-untitled movie for Hollywood studio Warner Bros., according to the author, U.S. reporter Ken Bensinger.

It is expected to focus on the role of American Chuck Blazer, a former FIFA official. 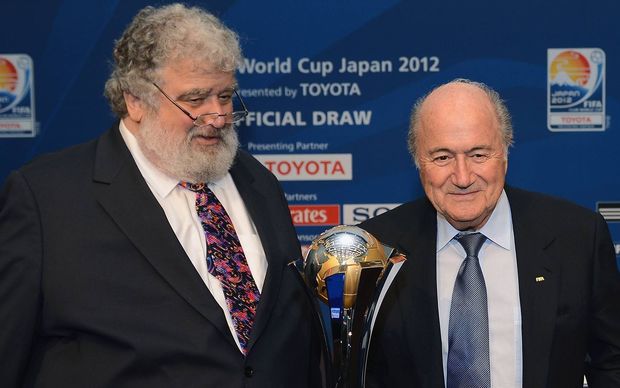 Bensinger said that actor John Goodman had been mentioned as a possible option to portray the 70-year-old Blazer, who has a curly white beard and has in the past tipped the scales at more than 400 pounds.

A spokeswoman for Goodman said she was not aware of any discussions about the part.

The deal was first reported on Friday by trade paper The Hollywood Reporter.

Blazer, the former general secretary of CONCACAF, soccer's governing body in North and Central America and the Caribbean, has secretly provided U.S. prosecutors with information about alleged bribery and kickbacks in connection with bidding to host the 1998 and 2010 soccer World Cups.

Blazer pleaded guilty in 2013 to 10 criminal counts, according to a plea deal unsealed by U.S. prosecutors earlier this month,

Seven current or former soccer officials were arrested on U.S. corruption charges in a raid on a Swiss hotel in late May as part of a wide-ranging investigation. The following week, FIFA President Sepp Blatter - just days after being reelected - said he would be stepping down.

The movie is to be based on Bensinger's proposed book "Houses of Deceit", which went to a bidding war between Hollywood studios after the FIFA scandal broke in May.

Bensinger, an investigative reporter for U.S. news website Buzzfeed.com, said the book was still in its early stages and was unlikely to be published before 2017.

Blazer is now in hospital with cancer and unable to speak. But in his pomp he chronicled his globe-trotting activities to spread the good word for FIFA on his blog. He is pictured with Nelson Mandela and soccer legends George Best and Pele. He can also be seen with an exotic dancer, his parrot, and dressed up like a pirate.

The New York Daily News reported last year that he kept an apartment in the city mainly for his cats and needed a fleet of mobility scooters to get about.