The Black Caps captain Brendon McCullum has committed himself to New Zealand Cricket for another year.

The 33-year-old, whose international future has been the subject of much speculation recently, will lead New Zealand in their home and away series against Australia this summer, as well as being available for the World T20 competition in India in March.

The annual contracting process will be completed next week and the list of players being offered contracts will be announced on Wednesday.

McCullum said he was excited about what lay ahead for the Black Caps. 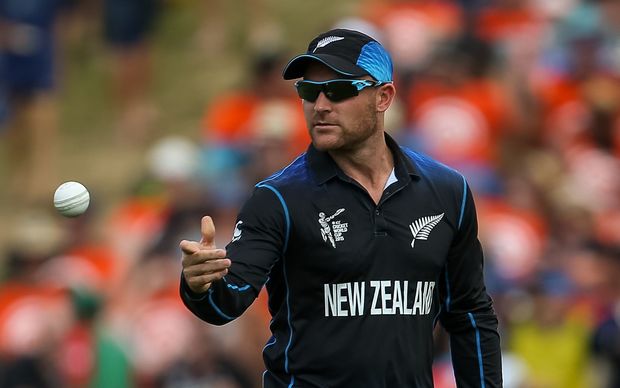 Brendon McCullum is on course to play his 100th test for the Black Caps Photo: PHOTOSPORT

"It's a critical time for the team," he said.

"We've had a very good past 18 months but we've got some real challenges ahead of us and we can't afford to sit on our laurels.

"This is a young, emerging side with some very big series on the horizon and it's a really exciting time to be involved."

McCullum, who will sit out the upcoming tour of Zimbabwe and South Africa after an intense period of cricket dating back to world cup, is on track to play his 100th consecutive Test for the Black Caps in the home series against Australia after Christmas.

New Zealand Cricket chief executive David White said he was delighted with the development, describing McCullum's retention as a red-letter day for all Kiwi cricket followers.

"Under Brendon, the Black Caps have enjoyed unprecedented success over the past 18 months and to have him remaining at the helm for another year is extremely good news.

"Brendon has proved himself to be an exceptional player and leader and the side will be much stronger for his presence."

Only South African AB de Villiers, who has played 96 consecutive Tests since making his debut can beat him to what would be a record.

A member of the Heat in the inaugural Big Bash series, McCullum will return to the Brisbane franchise this summer and will be available for all games - apart from any that clash with Black Caps internationals.