Nico Rosberg has cut team-mate Lewis Hamilton's lead in the Formula One world drivers championship to 10 points with victory at the Austrian Grand Prix for the second year running. 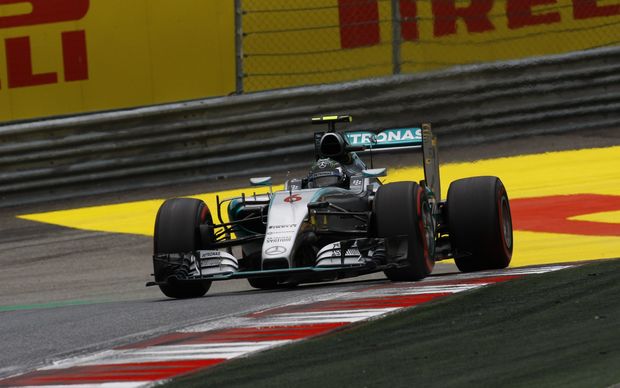 Nico Rosberg on his way to victory in Austria Photo: Photosport

Rosberg took advantage of Hamilton's poor getaway from pole position and the championship leader had to settle for second place, 3.8 seconds behind the German.

Rosberg's cause was helped by a five-second penalty for his team-mate for crossing the white line when he left the pits halfway through the race.

Asked why he did not drive every race like that, Rosberg smiled: "I will try from now on," he told reporters. "It's an awesome feeling of course to win again here. The start made the race.

"It really worked out perfectly today," added the German, who turns 30 next weekend.

Double world champion Hamilton recognised that he was never close enough, even without the penalty.

"Nico did a fantastic job today. He was quicker during the race, I had a bad start which lost me ground," said Hamilton in podium interviews conducted by former F1 racer Gerhard Berger. "I was pushing as hard as I could."

Vettel's team-mate Kimi Raikkonen and McLaren's Fernando Alonso collided and crashed into the barriers after the second corner, bringing out the safety car for five laps.

The McLaren ended up on top of the Ferrari, fortunately without hitting Raikkonen's head or hands, and perched on the barriers.