It has been seven years since Tiger Woods won the last of his 14 major titles and he heads into his week's US Open with his game under a glaring question mark after struggling for most of this season. 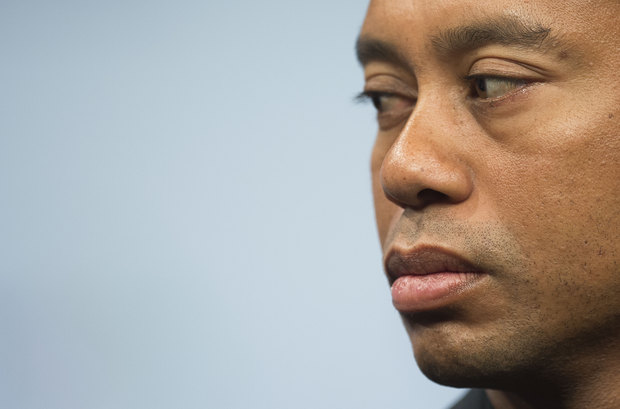 The former world No.1 preferred to dwell on the positives when he spoke to reporters in the leadup to the event at Chambers Bay, saying that he was happy with his tournament preparations.

"I hit the ball pretty good today," Woods said after playing a practice round in the morning with Masters champion Jordan Spieth on the links-style layout.

"It's getting better every day. I'm starting to get the feel for this golf course and what I need to do off the tees and where to miss it around the greens (with approach shots) to certain pins."

Woods will tee off in Friday's opening round under a cloud of uncertainty after posting the worst score of his professional career, a 13-over 85, at the Memorial Tournament two weeks ago.

He has recorded just one top-25 in five starts on the 2014-15 PGA Tour, a tie for 17th at the Masters, while continuing to work on the latest swing change of his career, this time with consultant Chris Como.

"Short-term suffering for long-term gain," said Woods, 39. "I've done this before when I've made changes in the past, I've struggled through it. I've come out on the good side."

"Things are starting to come together piece by piece. The big change is already in and now it's just refining it, playing more tournament golf."

Woods has shockingly plunged to 195th in the world rankings but, when asked if he felt he could regain the top spot, he replied: "Yeah."

"I wouldn't have made the changes if I wasn't devoted to the game of golf and winning golf tournaments. I want to be out here. I want to play. I want to compete, and I want to win."

"This year certainly has been a struggle. But for me to go through what I went through at Torrey and Phoenix, then to come back and do what I did at Augusta (at the Masters) gave me a lot of confidence going forward."

With his game in complete disarray, Woods carded an 11-over-par 82 to miss the cut by nine shots at the Phoenix Open in February, then withdrew from the Farmers Insurance Open the following week after 11 holes because of tightness in his back.

Asked whether he felt any added pressure having not won a major title since the 2008 US Open, Woods replied: "It feels the same. I want to win these championships. I love playing them."

"There's pressure, of course there's pressure. You're trying to win the biggest events against the best fields and that's the fun part."