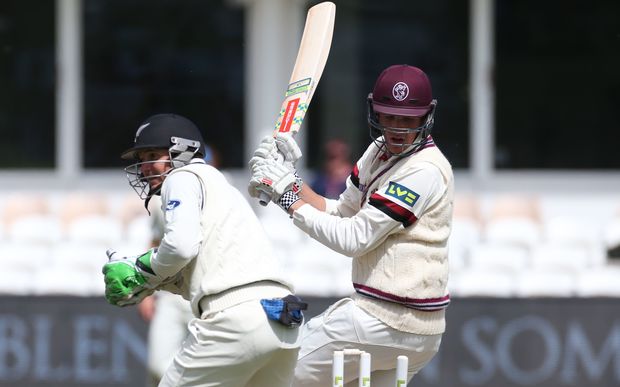 Craig Overton treads on his wicket and is out to Mark Craig during the four day game between Somerset and a New Zealand XI, 2015. Photo: PHOTOSPORT

Jordan's fellow fast bowler Liam Plunkett has also been ruled out of the last three matches of the one-day series against New Zealand.

Jordan, who conceded 97 runs in nine overs during New Zealand's victory in the second game on, has a side strain while Plunkett has a thigh problem.

A decision has yet to be made on who will replace Plunkett.

The series is level at 1-1 with the third one-day international in Southampton on Monday morning (NZT).