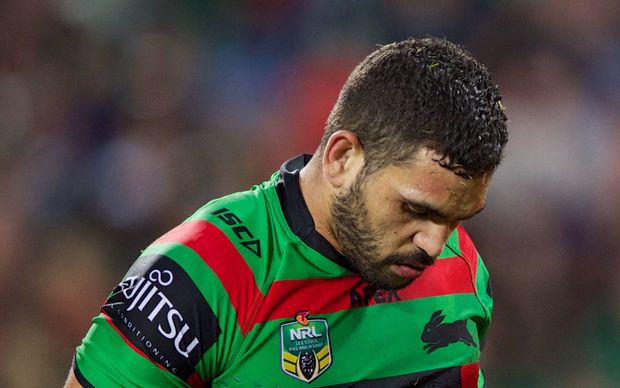 Rabbitohs star Greg Inglis was among those skipping the game for Origin II Photo: Photosport

Tigers halfback Luke Brooks silenced a few of his doubters in the absence of their New South Wales State of Origin stars Robbie Farah and Aaron Woods, scoring a scintillating solo try and setting up another to ease the pressure on coach Jason Taylor.

After winning just two of their previous 10 matches and losing their last four, questions were being asked about the club's young halves combination of Brooks and Mitchell Moses.

However, they rebounded in a big way against reigning Premiers the Rabbitohs.

Rabbitohs halfback Adam Reynolds made his comeback from a broken thumb but his side - missing Greg Inglis (Origin) and Issac Luke (knee) - were badly beaten in the middle of the field.