A group of former All Blacks performed a haka tribute at the spot where former teammate Jerry Collins was killed in a car crash in France last week. 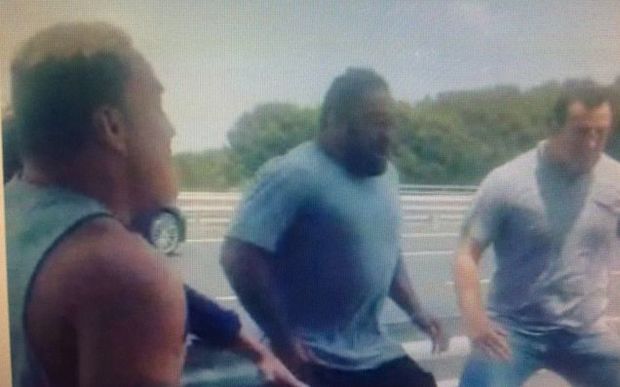 Ali Williams, Carl Hayman, Neemia Tialata, Chris Masoe and Byron Kelleher, who all play in Europe, performed the haka on the road near the southern French town of Beziers where the accident took place.

Samoa-born Collins, who played for second-tier French rugby with Narbonne last season, and his wife Alana Madill were killed when their car collided with a bus in the early hours of last Friday.

The video of the ex-internationals doing the haka was posted on the Twitter account of Bayonne's Tialata.

It shows fellow France-based Kiwi players Masoe, Kelleher, Williams and Hayman paying homage to Collins, who won the last of his 48 caps in 2007 in their World Cup quarter-final defeat by France in Cardiff.

The couple's two-month old baby daughter Ayla remains in a critical condition in hospital in Montpellier following the accident.