The South African rugby side The Sharks have confirmed the departure of three of their key Springbok players at the end of the Super Rugby season as their rebuilding starts for the next campaign.

The Du Plessis brothers, hooker Bismark and prop Jannie, as well as loose forward Willem Alberts, will all leave after this weekend's final match of a dismal Super Rugby season for the Durban-based side against the Stormers. 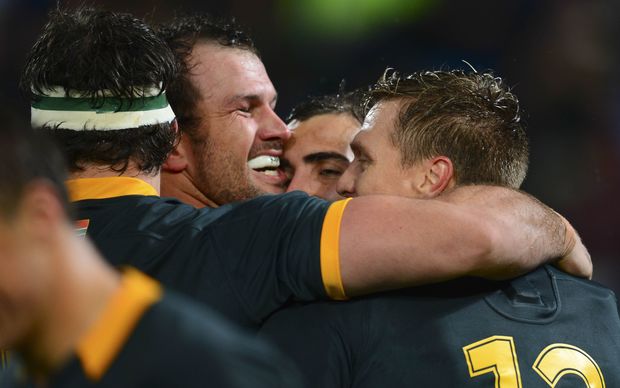 Their next destinations have not officially been made known, but it has been reported in local media that all will head for France's Top 14 competition.

The Du Plessis brothers are set to join former Bok and Sharks coach Jake White at Montpellier, while Alberts is likely to sign for Stade Francais, it has been reported.

All three players are, injury permitting, likely to be part of the South Africa squad at the World Cup in England later in the year.

Bismarck, the younger brother of the Du Plessis duo who hold the record for the number of Test matches two brothers have played together with 42, has played a record 129 times for the Sharks in Super Rugby.

He is in his 11th season with the Sharks after being recruited from the Free State junior ranks when he was scarcely out of school.

Bismarck du Plessis, who started the season as Sharks captain but then stood down after his suspension following a red card in the game against the Chiefs in March, hasn't played the entire season for the Sharks, but has been back to his best since returning.