The International Olympic Comittee is still concerned about the water pollution in Rio de Janeiro barely one year before it hosts the Olympic Games.

Rio de Janeiro had originally pledged to reduce pollution in the notoriously fetid Guanabara Bay by 80 percent but officials confirmed in March that the target will not be reached. 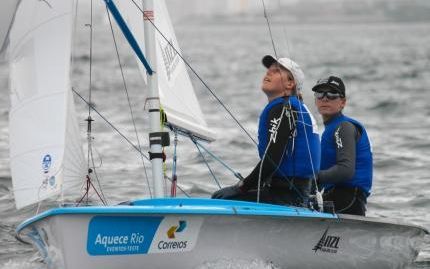 Jo Aleh and Polly Powrie sail to gold in the 470 at the Olympic Test event in Rio, 2014. Photo: Yachting NZ

Instead, they are now concentrating only on parts of the bay where sailing competitions will take place although they have insisted that these areas will be safe.

IOC President Thomas Bach says they can see significant progress, at the same time they have asked the organising committee to convey our concerns with regard to the issues of the water quality they are still facing in Rio.

He says the IOC executive board is watching this situation very closely and they are expecting more information and more reports by the time of our next meeting, next month in Kuala Lumpur.

Bach says they're approaching major test events in August and we all need to see progress in this regard.

He says experts are telling them it is still achievable to have these competitions in safe water conditions and they have been advised today from the local organising committee that this advice has not changed.

Yachting New Zealand has selected six crews to compete in the Rio test event in August....

A number of New Zealand sailors have expressed their concerns about the quality of the water.