The veteran New Zealand motorcyclist Bruce Anstey has finally won the race he's chased for year's at the Isle of Man TT.

The 45-year-old has won the opening Superbike race for his 10th overall victory at the historic event setting a new race record in the process.

The Valvoline Padgetts Honda rider set the fastest lap on the race of 131.797mph on the sixth and final lap as he crossed the line with almost 11 seconds in hand. 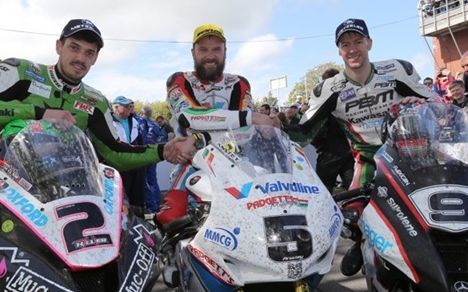