New Zealand have qualified for the knock out stages of the under 20 football World Cup.

After picking up their first ever win at the tournament in Wellington on Friday against Myanmar, the Junior All Whites have made history again by qualifying for the round of 16.

The top two teams from each of the six pools progress to the next round along with the four best third placed sides.

New Zealand was confirmed as one of the third-placed sides after Saturday afternoon's Group C games saw Senegal come from behind to beat Qatar 2-1 and Portugal were 3-1 winners over Colombia.

After a nil-all draw with Ukraine, a 4-nil loss to USA and a 5-1 win over Myanmar, New Zealand earned 4 points from their group stage with a goal differential of zero. 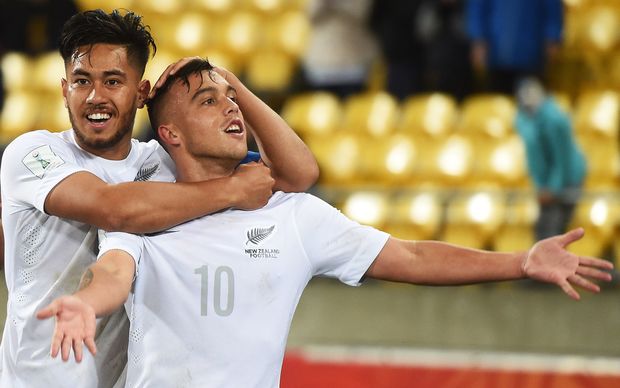 Coach Darren Bazeley was confident after Friday's result that his side would move on and is glad the squad didn't have to endure a prolonged wait to confirm their place.

"We looked at all the other groups and where they were standing and who was playing who and we were pretty confident that we'd done enough to get through and that was proved right pretty quickly. We're very, very pleased."

Bazeley said now the New Zealand side is confirmed in the knockout phase, work will begin on plotting a path to the quarter-finals regardless of their round of 16 opponent.

"From what we've been told it could be Portugal in Hamilton or Ghana in Wellington. Both would be great games to play and we've not really got a favourite.

"It's pretty satisfying to do what we set out to do, but this next step would be a real history making one."