The Hurricanes have thrashed the Highlanders 56-20 in Napier, to secure top spot in the regular Super Rugby season and home advantage throughout the playoffs. 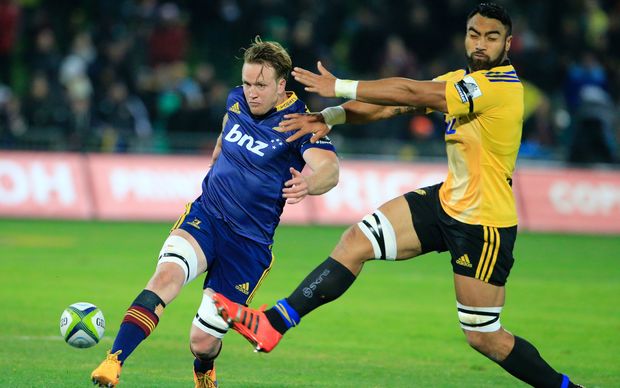 With just next weekend's final round remaining, the Hurricanes only needed a close loss with four tries to sew up the minor premiership, and the hosts had four tries by half-time, when they led 30-13.

In all the Hurricanes scored eight tries to the Highlanders' three.

Veteran midfielder Ma'a Nonu was meant to be on an All Blacks rest week but came off the bench to score two tries in the second half.

Both teams wore black armbands as a mark of respect for the late Jerry Collins, after the All Black and his partner Alana were killed in a car crash in France earlier today.

After the game, the Hurricanes were presented with a trophy for winning the New Zealand conference, and the BNZ Cup too, for scoring the most points in local derbies this season.

See how the game unfolded here: