The Golden State Warriors are through to their first NBA basketball finals in 40 years after beating the Houston Rockets 104-90 to clinch their Western Conference Finals series.

Golden State won the best-of-seven series 4-1, to reach their first finals since 1975.

Stephen Curry top scored for the Oakland based side with 26 points.

The Warriors will play the LeBron James-led Cleveland Cavaliers in the finals which start next week.

The Rockets had won Game Four of the series on Tuesday to avoid being swept, but were outscored 35-24 in the second quarter of today's game and played catch up the rest of the way. 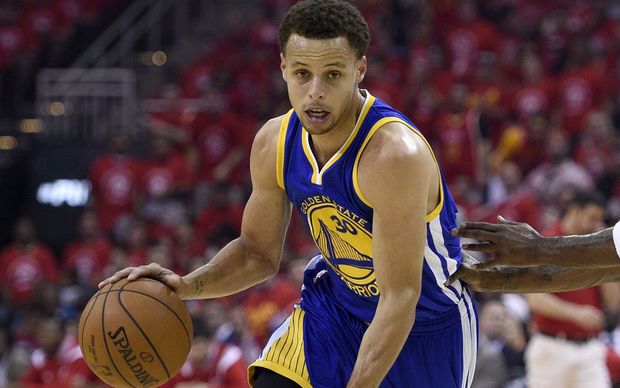 Golden State Warriors Stephen Curry top scored for his side to lead them into the NBA finals. Photo: Photosport