The Warriors will get game breakers Manu Vatuvei and Sam Tomkins back in the lineup for Sunday's National Rugby League match against the Newcastle Knights in Auckland.

Tomkins is set for just his third outing of the season after being sidelined with a knee injury since the 29-16 third-round win over Parramatta in March.

While Vatuvei returns after missing 17-13 extra time win over the Paramatta Eels with a sternum injury.

Veteran Nathan Friend will start at hooker for the luckless Thomas Leuluai, who's out for the remainder of the season with a knee injury.

Friend's inclusion means the Warriors will field a changed starting forward pack for the first time in 10 games. 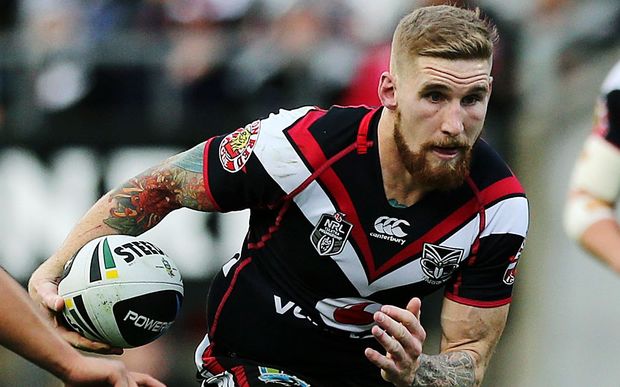 Sam Tomkins is back for the Warriors Photo: Photosport

Named to start again are Queensland front rower Jacob Lillyman and New South Wales second rower Ryan Hoffman, who will square off against each other in tomorrow night's opening State of Origin match.

Lillyman edges closer to his 200-game career milestone with his 197th appearance on Sunday while second rower Bodene Thompson plays his 96th game and halfback Shaun Johnson his 94th.

Coming off their first bye, the Warriors lie seventh on the NRL ladder with 12 points after fives win and five losses in their first 10 games.

The overall record between the two clubs is close, with the Warriors winning 15 of 33 games played since 1995 with one drawn.

In games at Mount Smart Stadium, the Warriors hold a 9-8 advantage with one draw but they've won eight of the last nine at home stretching back to 2006.