Mercedes have announced that their reigning world drivers champion Lewis Hamilton has signed a three-year contract extension, ending speculation about his future with the German Formula One team. 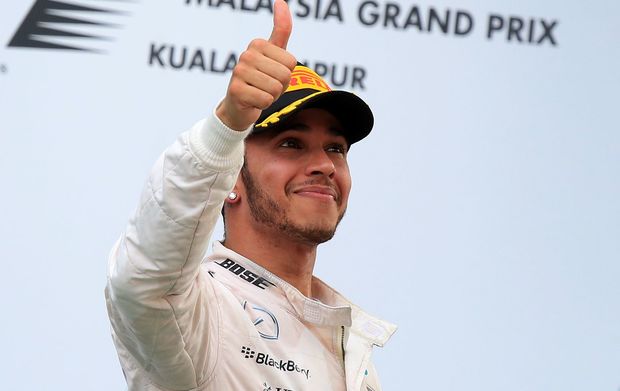 Including win bonuses, the 30-year-old Briton stands to make between 30 million euros ($A42.26 million) and 40 million euros a year, having won last season's world drivers' championship and winning three of the first five races in the current campaign.

There had been rumours that Hamilton would join Ferrari to replace Kimi Raikkonen next year.

But the Englishman says his current Mercedes is the best car he's driven in his career.

The 30-year-old Briton has been with the team since 2013 after six years at McLaren and won his second world title last year.

"I couldn't be happier to be staying for another three years," he said of the deal that will take him up to 2018.

He had been linked with a move to Ferrari, despite saying in March that a new contract was "99.6%" done, with negations said to be completed and just "legal stuff" remaining at that point.

It is understood Hamilton will earn a basic salary, paid in US dollars, of $31m (£20.9m) plus extensive bonuses.

Depending on how many races he wins, and whether he becomes world champion, these bonuses could easily take his annual earnings well over $US 40m (£27m).

Since joining Mercedes, Hamilton - who won his first world title with McLaren in 2008 - has won 15 races, 11 of those coming as he beat Rosberg to the 2014 title. He has won three of the first five races of this season.