The 23-year-old Bonevacia, a product of the Ajax Academy in Amsterdam and a former Dutch first division player, joined the club this season and helped them reach the first round of the A League playoffs.

"We had a fantastic season and while it was disappointing to slip up over the last few games I believe we will learn a lot from that and come back next season stronger," he said.

"Being so close whetted my appetite and I really want to win the league. If we do that I wouldn't feel uncomfortable about going closer to home, but for now I am staying to help bring the championship to Wellington." 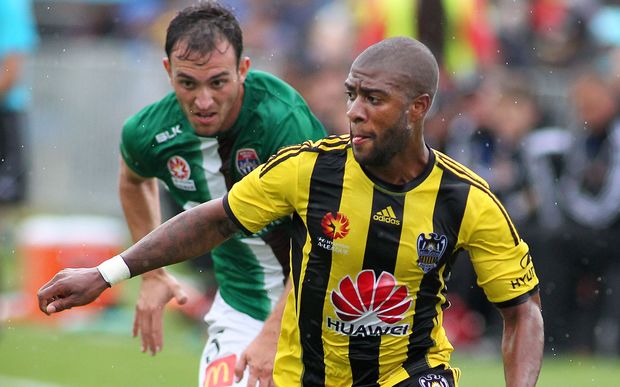 Roly Bonnevacia has signed on for two more years with the Wellington Phoenix. Photo: Photosport

"I felt comfortable from the moment I arrived at the Phoenix and...I think we are building something special at the club."

"Roly has been something of a revelation in his first season with us. He came to us as a defensive midfielder, but he became more attacking as the season progressed and I believe he will become a key attacking player and goal scorer next season," he said.