The prospect of Team New Zealand being on the start line for the next America's Cup has been boosted with major sponsor Emirates announcing it's remaining on board.

Last month Prime Minister John Key indicated the Government was unlikely to invest more than the $5 million it already had in the syndicate, after America's Cup Events Authority reneged on an agreement to hold the qualifying series regatta in Auckland in 2017.

That left the team facing an uncertain future, but today's announcement shows Team New Zealand could yet be part of the 35th Americas Cup.

Team New Zealand chief executive Grant Dalton said the response to securing funding for the challenge had been encouraging. 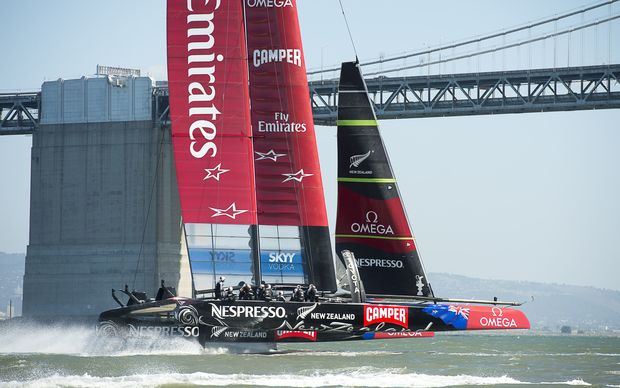 Emirates airlines are remaining on board with Team New Zealand. Photo: Supplied

"We have made considerable progress because the Emirates Team New Zealand brand is an international leader, well recognised in the sport. Emirates airline has been with the team since 2004 and their decision to stay with us is important. We are fortunate to have such loyal and committed sponsors," said Dalton.

It will be the third campaign the airline have sponsored.

Competition in the next America's Cup begins in July, with the first event of the America's Cup World Series, in Portsmouth with racing on July 25- 26.

There will be America's Cup World Series events in 2015-16 with AC45 catamarans, and the America's Cup Qualifiers, Playoffs and Finals in a new AC Class catamaran will be held in 2017, with the final races in Bermuda.