The Hurricanes have opened up a 10-point lead at the top of the Super Rugby standings with a hard-fought 32-24 win over South Africa's Sharks in Wellington. 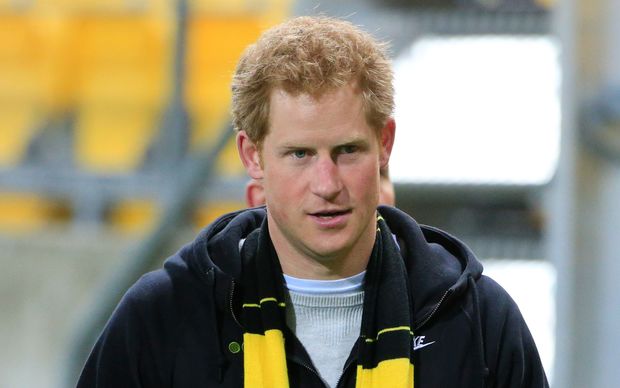 Prince Harry - in New Zealand for a week-long visit - watched the match from the stands. Photo: PHOTOSPORT

The New Zealanders chalked up their 10th win from 11 matches this season and picked up their eighth bonus point but had to do it the hard way in a match where the lead repeatedly changed hands.

Trailing 24-21 with eight minutes to go, the Hurricanes regained the lead when lock Jeremy Thrush scored a try in the corner.

James Marshall missed the attempted conversion but landed two late penalties to deny the Sharks a bonus point at Westpac Stadium, where Britain's Prince Harry was watching from the stands. 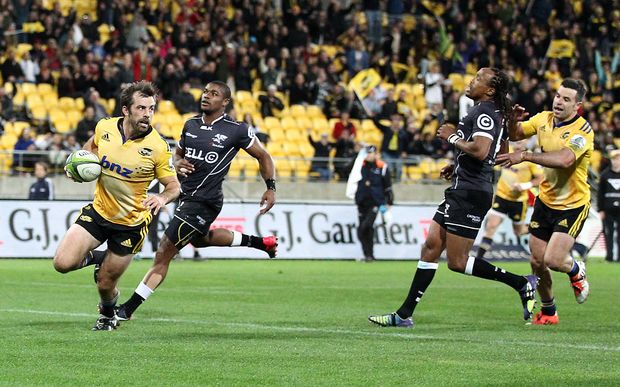 Conrad Smith scores for the Hurricanes against the Sharks. Photo: PHOTOSPORT

The Hurricanes went into the match without several key players, including All Blacks Julian Savea and TJ Perenara, and immediately fell behind when Sharks hooker Bismarck du Plessis scored the opening try in the fifth minute.

The Hurricanes got back on track with tries from wing Cory Jane and centre Conrad Smith to lead 14-10 at halftime but the visitors surged ahead again with a try from winger S'bura Sithole.

Replacement prop Reggie Goodes gave the Hurricanes the lead again when he burrowed his way over from close range before the Sharks hit back with a well-worked try from wing Odwa Ndungane. 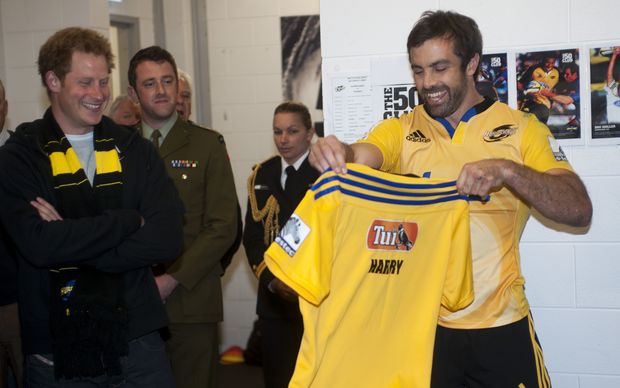 Not just for Princess Charlotte - Conrad Smith presents Prince Harry with a team jersey for himself. Photo: PHOTOSPORT

The Hurricanes dug deep to score the last 11 points to seal a win, which gave them a commanding lead at the top of the standings and condemned the Sharks to their eighth defeat of the season and their fifth in a row.

Home team coach Chris Boyd said he was very happy to win ugly - the Sharks played very well, while they couldn't get quality ball for their backs.

The Hurricanes top the overall standings on 48 points, 10 clear of the second-placed Chiefs.

Win for the Western Force

The Force held their nerve in a tense finish, despite being a man down for the last 10 minutes when their skipper Matt Hodgson was sin-binned, to register just their second win of a frustrating season.

Their only other win was also against the Waratahs in the opening round. Since then, they have lost 10 in a row, while the Waratahs have won seven of their last nine.

The Waratahs picked up a bonus point for losing by less than seven to move to 7th place on 33 points, one point behind the Australian conference-leading Brumbies, who lost to the Stormers 25-24 in Cape Town.

The Force are second to last on 15 points.