The Golden State Warriors sharpshooting guard Steph Curry, who set a single-season record for three-pointers made, won the NBA's Most Valuable Player award for the 2014-15 campaign. 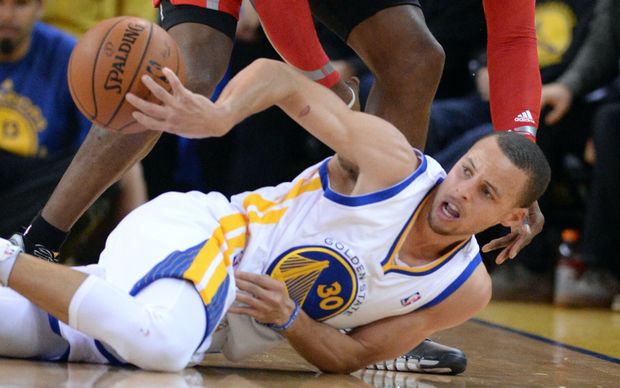 The Golden State guard Steph Curry fights for the ball on the floor. Photo: PHOTOSPORT

Curry led the league's top regular season team in scoring, assists and steals, becoming the second Warriors player to take the honour, joining Wilt Chamberlain, who won it in 1959-60 when the franchise played in Philadelphia.

The 1.9 metre Curry captured 100 of 130 first-place votes, from a panel of sportswriters and broadcasters throughout the United States and Canada, as well as the fan vote on NBA.com.

Curry, whose Golden State team posted a league-best 67-15 mark in winning the Pacific Division and topping the Western Conference seedings, triumphed over a group of worthy candidates.

Rounding out the top five in the voting were the Houston Rockets' James Harden, the Cleveland Cavaliers' LeBron James, the Oklahoma City Thunder's Russell Westbrook and the New Orleans Pelicans' Anthony Davis.

A strong defender as well, Curry registered the highest plus/minus for any NBA player this season.