The three times champion All Blacks will open their Rugby Championship defence by hosting Argentina in Christchurch on July 17th, before the Wallabies and Springboks lock horns in Brisbane the following night. 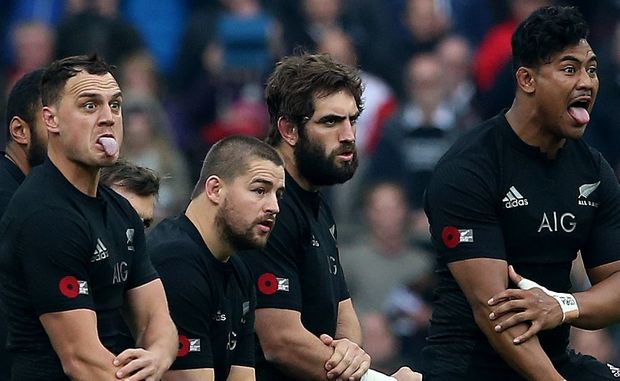 The All Blacks performing the haka. Photo: PHOTOSPORT

The condensed three-round championship means teams face each other only once rather than the usual home and away format, before a stand-alone round serves as final preparation for September's Rugby World Cup in England.

The Rugby Championship will serve as crucial a warm-up for the Southern hemisphere sides to before they fight for the William Webb Ellis trophy.

South Africa return home to host New Zealand at Ellis Park in Johannesburg on July 25, before Argentina welcome Australia to Mendoza for their second round tie.

The teams have a bye the following week before the final round on August 8 when Australia host New Zealand in Sydney and South Africa play Argentina at King's Park in Durban.

The teams meet again the following week in a round that's not considered part of the competition.

New Zealand host Australia in Auckland and South Africa return to Buenos Aires for the first time in 10 years to take on Argentina.

The first match - a Friday night battle between New Zealand and Argentina - will serve as Christchurch's AMI Stadium's debut match in The Rugby Championship.

The temporary venue has previously hosted the All Blacks on two prior occasions (a 22-19 victory over Ireland in 2012 and a 30-0 whitewash of France in 2013).

Brisbane meanwhile has proven a happy hunting ground for Australia with the Wallabies beating the Springboks on seven of eight occasions at Suncorp Stadium with their only blemish being a 38-12 defeat to the South Africans in September 2013.

The Rugby Championship commences a fortnight after the Super Rugby Final on July the 4th with the last round of matches concluding on August the 15th, giving teams just over a month before launching their Rugby World Cup campaigns.

Additional week (not for competition points):