The Australian rugby league halfback Cooper Cronk is welcoming the inclusion of four new players in the Kangaroos for Friday's ANZAC Test with the Kiwis in Brisbane. 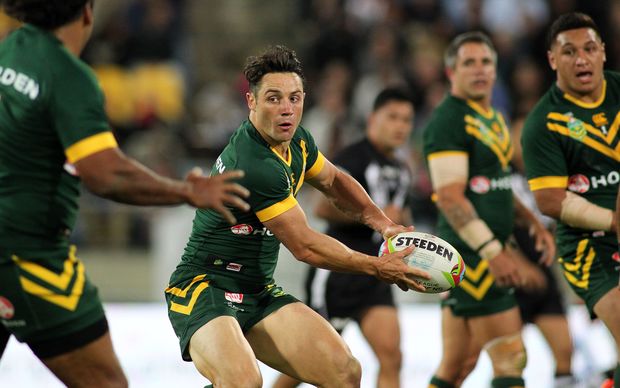 Alex Johnston, Josh Dugan, Will Chambers and Trent Merrin will debut in Brisbane alongside an aging group of veterans some fear are over the hill.

The Australian backrower Corey Parker says his older team-mates may show their age against the young New Zealanders, who he believes are only going to get better.

Cronk says there's a good mix of youth and experience in the Kangaroos.

"The [younger] guys who've been picked are playing at a real high level consistently to start this [NRL] season," said Cronk.

"The guys who've been playing a long time have been there and done that before."

The Kiwis haven't won an Anzac test since 1998, but beat Australia twice in three weeks in last year's Four Nations.

He says Australia has played the Kiwis three times in 12 months and lost twice, so the Kangaroos have to give New Zealand the respect they deserve.