Hull City edged towards English Premier football League safety with a 1-nil win over Liverpool that moved them four points clear of the relegation zone and shredded the visitors' slim hopes of Champions League qualification. 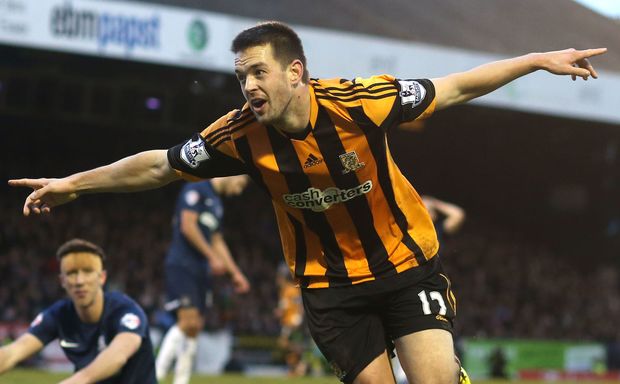 Central defender Michael Dawson scored the only goal at the KC Stadium after 37 minutes, beating a hopeless Liverpool offside trap to head home, before the hosts comfortably held on to record their second straight victory.

It moved them up to 15th with four games remaining, while Liverpool stay fifth, seven points off fourth-placed Manchester United who occupy the final Champions League qualifying spot.

It was the second successive game in which Liverpool have failed to score and heaped pressure on manager Brendan Rodgers, whose side have taken four points from their last five games.

Meanwhile in the Championship Rotherham beat Reading 2-1, meaning Millwall and Wigan are relegated to League One.