The South Sydney and Kiwis hooker Issac Luke has been fined $10,000 and will have to undergo an education programme after making a homophobic slur on social media.

In the continuing fallout from the Rabbitohs' controversial 18-17 Good Friday win over Canterbury, Luke posted the offensive comment on the social media site in response to attacks from Bulldogs fans.

Luke wrote "Get off my page you lil poofters" but later deleted the post. 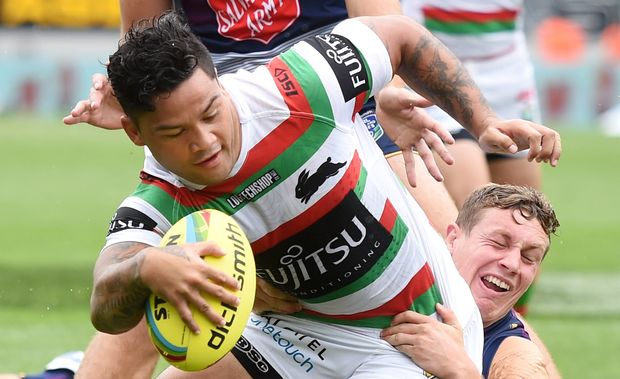 In a statement the NRL said there was no place for vilification of any kind in Rugby League.

An NRL spokesman said Luke believed he had been provoked into posting the offensive comment and had withdrawn it and apologised soon afterwards.

"We believe that education is the most important element in dealing with vilification matters such as this," the spokesman said.

"So we will require Issac to undertake an education program in tolerance and equity in addition to the financial penalty."

Luke said he was attempting to get in contact with a young Rabbitohs fan who was allegedly attacked in the ANZ Stadium crowd during the round five fixture.

Two spectators were charged with assault over separate incidents, while fans who showered officials with bottles are facing a life ban from the sport.