The Black Caps batsman Martin Guptill smashed an impressive double century to put Derbyshire in an excellent position on day two of their English county cricket match against Gloucestershire in Bristol. 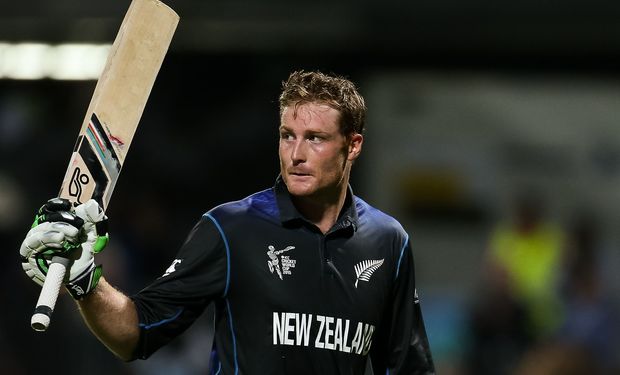 The recent World Cup's top run scorer blasted 29 fours and 11 sixes in a destructive 227 as he and Shiv Thakor (83) scored quickly to help establish a 236-run lead.

Openers Ben Slater (56) and Billy Godleman (44) set the platform before Liam Norwell (2-107) removed them both.

The visitors continued to accelerate in the final session to end on 511-8.

Gloucestershire were guilty of dropping catches with Slater reprieved from the first ball of the day, before Guptill offered a straightforward chance to Geraint Jones at slip when on 57 and Will Tavare at point on 101.

The 28-year-old was eventually caught off the bowling of Matt Taylor (5-89), but his efforts helped Derbyshire pile up 487 runs in the day, with youngster Harvey Hosein weighing in with an unbeaten 43 before the close.