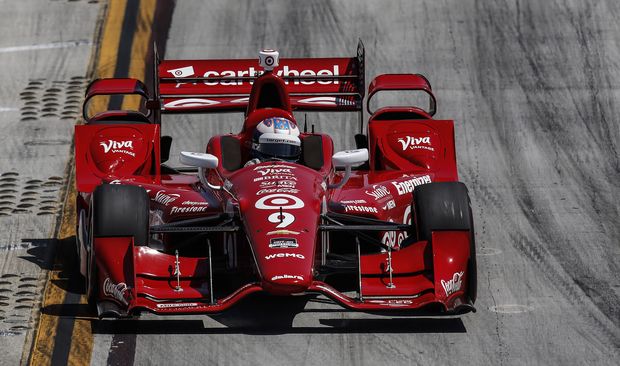 Newgarden held off both Rahal and Dixon for the 24-year-old Tennessee native's first IndyCar victory in his 55th start. 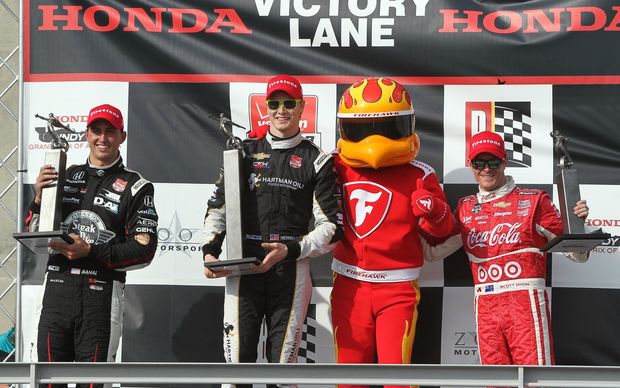 Reigning IndyCar series champion Will Power, who won at Barber in 2011 and 2012, placed fourth in another Chevrolet for the Australian's Verizon Team Penske.

Three-time IndyCar series champion Dixon has finished on the podium in all six races at Barber Motorsports Park, with four second-place finishes and a third in each of the past two seasons.

Driving the No. 9 Target Chip Ganassi Racing Chevrolet, Dixon won a week earlier on the streets of Long Beach.

He says it was definitely a tough day. "It started horribly, we kind of got pushed around there at the start and just didn't get a clean line there. We dropped like a rock - we bled the rear tires off on the first set and I think we were the first to stop in that situation. It kind of altered the day and how we could kind of deal with tires and fuel and all that kind of stuff. We knew the alternate strategy was going to come late and it came strong."

Dixon sent his congratulations to Newgarden. "He's a hell of a driver, with a small team, and for them to get a victory is really cool to see."

Newgarden is the fourth different winner in as many races this season.