The All Blacks captain Richie McCaw has been ruled out of this weekend's Super Rugby match against the Hurricanes after being knocked out in the Crusaders' win over the Blues.

The 33-year-old McCaw was concussed in the final quarter of the match after being hit in a heavy tackle and left the field.

Coach Todd Blackadder says McCaw still had a headache yesterday and they've decided to leave him out.

"He was knocked out for about a second in the game and his vision was a little bit blurry, felt a little bit off so it's best not to risk him," he said.

"He just got his head on the wrong side (in a tackle) and just got kneed in the temple...after the game he was really chipper and fine. Today's he's back to a hundred percent but it's best just not to risk him." 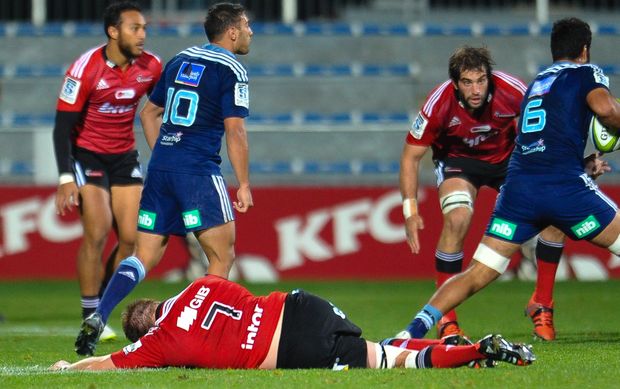 All Blacks captain Richie McCaw lies unconscious after a heavy tackle, while playing for the Crusaders against the Blues. Photo: Photosport

Team doctor Deb Robinson says the team protocol is that if a player shows any symptoms on the Monday, then they shouldn't be considered for selection.

Meanwhile the Hurricanes lock James Broadhurst won't lose any match time after receiving a warning for a dangerous charge during his side's 35-19 Super Rugby win over the Reds.

The Hurricanes lock James Broadhurst won't lose any match time after receiving a warning for a dangerous charge during his side's 35-19 Super Rugby win over the Reds. 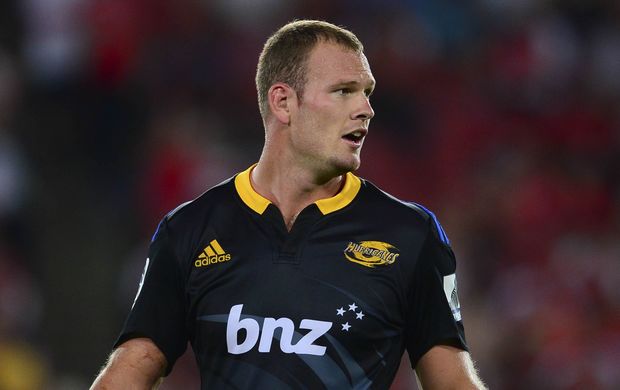 Broadhurst, who copped a one-match ban last month, faced another suspension for the incident in the 50th minute.

However, the SANZAR citing commissioner deemed that while the dangerous charge was close to meeting the red card threshold, a warning was appropriate.

Last month, Broadhurst, 27, was banned for one match for a careless knee to the head of Blues flanker Luke Braid.

He had a blemish-free Super Rugby record prior to that.

Last night the Hurricanes bounced back after suffering their first loss of the season last week to trounce the Queensland Reds 35-19 in Brisbane and go back to the top of the Super Rugby standings.

Beaten last round by the defending champions the New South Wales Waratahs, the Hurricanes ran in four tries to earn a bonus point win over the Reds. 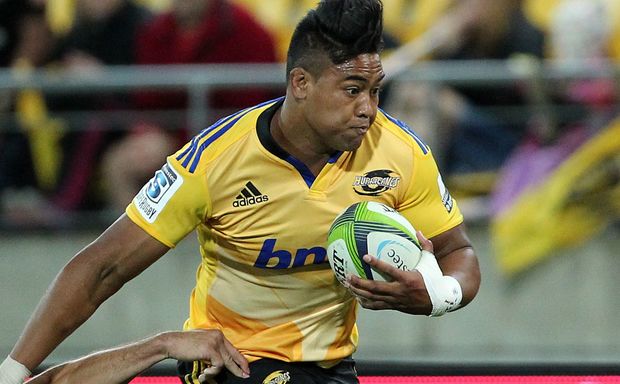 Winger Julian Savea in action for the Hurricanes. Photo: Photosport

The Hurricanes captain Conrad Smith said his team's loss to the Waratahs had given them a wake-up call with the season heading towards the playoffs.

"You'd like to think that even when you win you want to look at what went wrong but when you lose, you certainly take a closer look," Smith said in a post-match interview.

"There's a long way to go but we're pretty happy with things.

"We know we've got a lot of work to do, it's a hard road home so we're going to need all these points."

It was also a return to business as usual for the Reds. The Australians had lost six in a row before beating the Cheetahs in Bloemfontein last week and have been beaten in eight of their matches this season.

Queensland did make a bright start, with Fijian-born outside centre Samu Kerevi scoring two early tries to give the Reds a 12-3 lead before things started to click for the Hurricanes.

Perenara and Gibbins scored within three minutes of each other in the shadows of halftime to give the visitors a 20-12 lead at halftime.