The Queensland Reds boss Jim Carmichael has denied Quade Cooper's move to French power club Toulon is a done deal and insists the Australia flyhalf is still a chance of staying with his Super Rugby side. 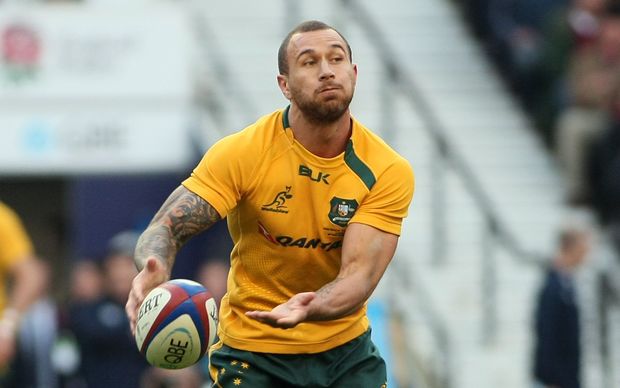 Toulon said on Saturday the 27-year-old, capped 53 times for the Wallabies, had agreed a two-year deal and would join the Mediterranean port team in the coming French summer.

Carmichael, however, is reported as saying that he and Cooper had lunch together in Brisbane and were still in discussions.

"It was a great lunch. The time allowed Quade and I to get closer to a position that satisfies us both," Carmichael said.

"There are more conversations to be had and this is the last time I'll be commenting until the discussions are concluded."

The former Wallabies playmaker Matt Giteau is already at Toulon, who have reached this year's European Champions Cup final and will be chasing their third successive title when they play Clermont Auvergne at Twickenham on May the 2nd.

Australia, which had previously considered only home-based players for national selection, tweaked their policy this week to allow players to continue their test careers if they have played 60 tests and seven years of Super Rugby.