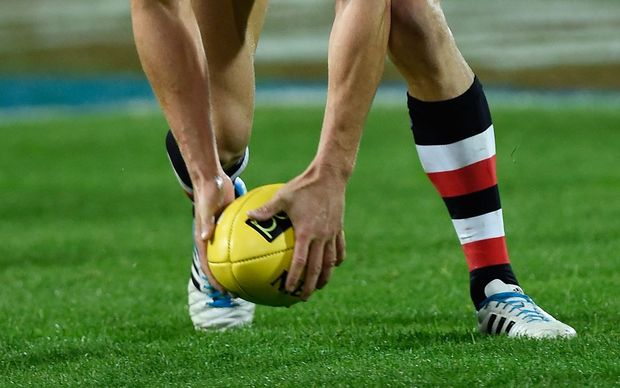 St Kilda have yet to win in Wellington, three years into their five year commitment to playing there, where 12,125 people watched Saturday's match, compared with 13,285 the previous year.

Both numbers are dwarfed by the 22,183 strong crowd who turned up for the inaugural fixture in 2013.

This year's match commemorated a remarkable AFL coincidence that is also one of the First World War countless tragedies.

Fen McDonald made his debut for Carlton in round 15 of the 1911 season at Princes Park.

Their paths would also come together, for the last time, four years later when it's understood they were killed during the April 25 Gallipoli landing.