All-rounder Corey Anderson has left Mumbai and is flying home from the Indian Premier League with a finger fracture.

Fast bowler Adam Milne's heel injury has also ruled him out of the IPL. 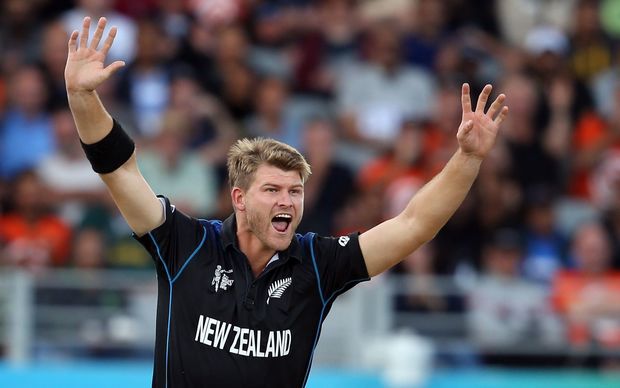 Corey Anderson has a broken finger and could be out of the England tour Photo: AFP

Both players' involvement with the national cricket team's tour of England appears to be in doubt.

A New Zealand Cricket spokesman says they're waiting for the pair to arrive home before commenting further.

Milne missed the semi-final and final of the recent World Cup due to the injury, which hasn't healed enough for him to play for the Royal Bangalore Challengers.