The New Zealand women's rugby sevens team have qualified for the Rio Olympics in winning the latest world series tournament in Canada. 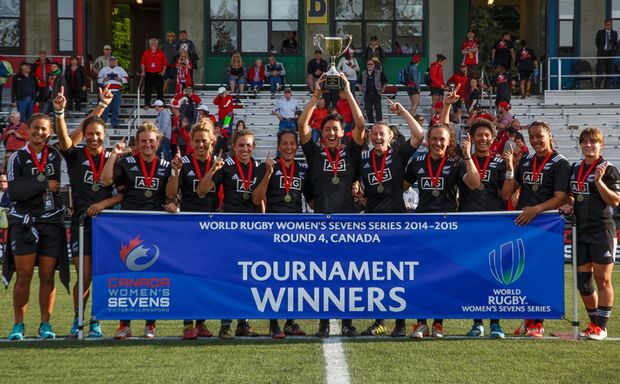 Russia qualified for their first final after upsetting Australia in the quarter-finals and then beating France in the semis.

The latest victory will allow coach Sean Horan to apply a different focus for the last two rounds in London and Amsterdam.

Speaking from Vancouver Island after the match, Coach Sean Horan said making their Olympic berth was not something the team talked about, and nor did they mention their number of consecutive wins.

"Those things don't ring our bells, what does is getting better every day, challenging each other, learning and embracing it while also enjoying it," he said.

During this latest success he said the effort of Kelly Brazier had been impressive because she was becoming more of a defensive player. She had always been world-class with her attacking ability and stepping but she was showing she understood what rugby was about from a defensive perspective.

"Honey Hireme is getting better and better as an older player. When you're older you have to work harder and harder and she is working not just on attack now but set piece and in the defence," he said.

And the efforts of youngsters Michaela Blyde and Gail Broughton, who were sitting in the wings behind Portia Woodman and Kayla McAlister, backed up the squad development.

Horan said that meeting the previously eighth-ranked Russia in the Final had demonstrated the way the women's sevens movement was developing.

"We've been impressed by the quality of rugby being played, anyone can make the Final from the top eight and that is testament to a lot of the international programmes doing a bloody lot of hard work.

"I think it has surprised everyone how quickly this advance is happening. It is huge. The quality of the conditioning, the skill sets, the tactical understanding, the game plan, it's just dramatic and we are seeing huge shifts every six weeks.

"They are starting to find their own brand and blend in the way this game is being played," he said.

Horan said the Russians had impressed him since the outset of their involvement. They had impressive athletes involved, who were big who could run and were fit and very physical.

"They are starting to understand the game and their skill sets and they are not just a defensive team. They can really work off the ball which reflects the time they are putting into their game," he said.

While New Zealand had been dominant there was still much for the team to achieve and they wouldn't be standing still.

"People may think we just do the same old same old, but we change a lot of our tactics and personnel and our player base. My philosophy is you can't have the same all the time. We've got a good core with a young captain and vice-captain and they are getting into a good space about where they want to take this team," he said.