Swimming New Zealand will send a 10-strong team to the FINA World Championships in Russia in August, after an encouraging national championships finished in Auckland on Friday night. 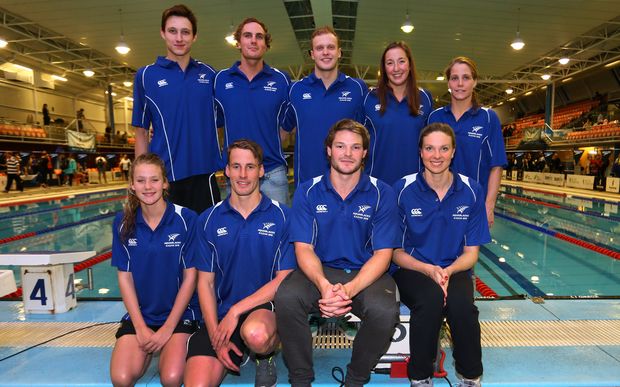 The Aqua Blacks team for the Worlds Photo: Photosport

Meanwhile, Paralympics New Zealand will send an eight-strong squad to the 2015 IPC Swimming World Championships in Glasgow in July.

The last qualifier was the Para-swimmer Sophie Pascoe in the 50 metres freestyle, to qualify her in five events.

The final night's highlight came with a stunning national record for Nathan Capp in the 1500 freestyle, following his records in the 800 freestyle and the 400 individual medley, where he also qualified for the world championships. 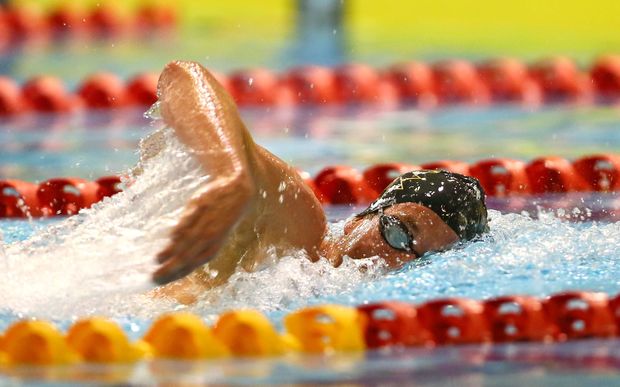 Capp beat his own New Zealand record in the 1500 freestyle by more than seven seconds, winning in 15:15.50, just 1.5 seconds outside the world championships qualifying time.

"It's been a stellar week for me," Capp said. "The time for the 1500 is good but I am a little gutted because I wanted to make two A qualifying times but I can't really complain because I've had an awesome week."

"I've really stepped up a lot since the end of last year. I felt it was time to make that jump and I am happy I was able to do it."

Swimming New Zealand High Performance Director Luis Villanueva was delighted with the performances this week from his proven performers, some on the edge who shone and the emergence of some young stars of the future.

"It is a good number of individual qualifiers," Villanueva said."We have some qualifying for the first time which is encouraging. Some who qualified in relays and weak criteria last time have stood up and qualified with the top swimmers.

"It is good to have Brad (Ashby) and Bobbi (Gichard) in the team. Some of the other younger ones who did not qualify have swum well and are on track to qualify for the World Junior Championships at the national age group championships in four weeks.

"It is good for them to experience the world championships and the top level of racing a year out from the Olympics although I think one or two others can also qualify next year."

Villanueva said it was now critical for the swimmers to buckle down to some hard work in the time leading to the world championships in Kazan.

"They need to swim faster than this in the heats in Kazan and then go faster again in the semifinals and finals. That will set them up to do well in the Olympic year.

Waikato's Helena Gasson completed an outstanding meet with her fourth title when she dominated the women's 400 individual medley, while North Shore's Laura Quilter took out the 50 freestyle to make it three wins for the week following the 100 freestyle and 50 butterfly.

Pascoe continued her winning ways, setting her fifth qualifying mark for the IPC Swimming World Championships. Pascoe was timed at 28.22 to be well under the qualifying time, and close to the world record. She has finished with two world records this week and encouraged that she is well on track for July's world championships in Glasgow.