Despite suffering a head knock last week against the Crusaders, the Highlanders tighthead prop Josh Hohneck starts on Saturday in an eye-brow raising Super Rugby selection. 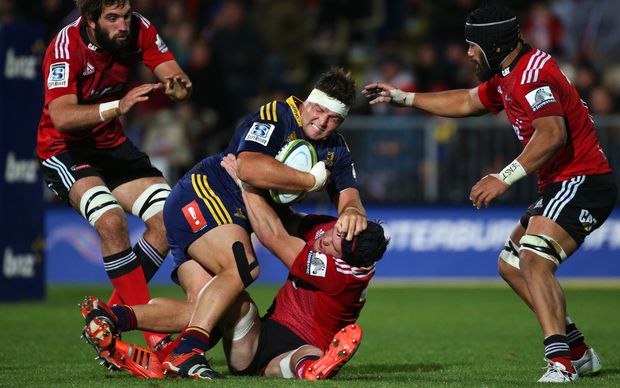 Josh Hohneck in action against the Crusaders, 2015. Photo: PHOTOSPORT

Hohneck appeared to have been knocked unconscious by the clash of heads and was escorted from the field for testing.

He soon rejoined the game after passing the tests, and has since not shown any concussion symptoms according to his coach Jamie Joseph.

The entire front row changes except for Hohneck against the Blues in Dunedin, with loosehead prop Kane Hames back from a five-week suspension and Liam Coltman named at hooker.

The only other starting change comes in the midfield where Jason Emery is named at second-five ahead of Shaun Treeby, who takes a break.

The versatile back Richard Buckman is included in the match-day 23 for the first time after being injured pre-season.