The Crusaders coach Todd Blackadder says the All Blacks will also be affected by Colin Slade's defection to Europe though he sees a bright side in the loss of another top player from New Zealand rugby. 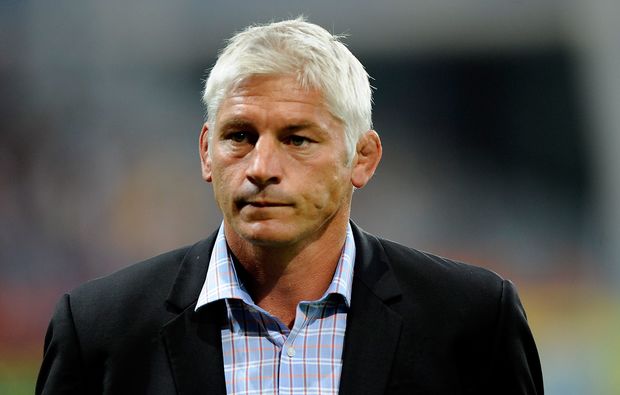 The Crusaders are losing All Black first-fives Dan Carter, Tom Taylor and now Slade to France at the end of this year.

Blackadder says young talent will get the chance to fill the holes left by the departing stars.

"If you just look around it looks like there's only going to be two or three tens next year and one's going to go and play sevens so anyone that wants to be an All Black and is looking for an opportunity it's a great chance."

"You could look at it and say this has opened up another opportunity for me so there are those possibilities so were being optimistic we're looking at the bright side of things."

Blackadder's going to be looking for not just one new first five eighths for next season, but perhaps at least three - to replace Carter,Taylor and now Slade, while Tyler Blyendaahl's already playing in Ireland.

Blackadder's philosophical about the situtation.

"You can't really forsee the money that's come into this game, just the threat from France you know we just can't compete."

"There's different market forces at play, the guys that want to stay and want to be an All Black they know that they're not going to be able to compete financially with overseas but the lure of the All Black jersey would keep them here and there just seems to be a lot of guys moving at the moment."

"It is what it is and what we've got to do is make sure we've got some plans in place to replace them."