A goal from Gemma Flynn in her 200th international Test has helped the New Zealand Women's hockey team secure a 2-1 win against Korea and claim top spot at the Hawke's Bay Cup in Hastings. 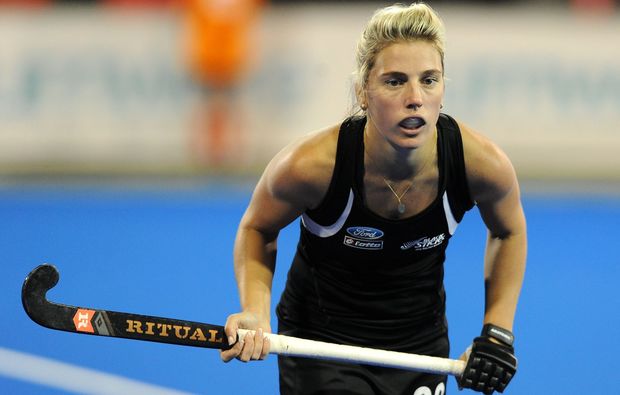 The win means the Black Sticks finish top of Pool B and will face India in tomorrow's quarter-finals.

The Black Sticks head coach Mark Hager says although there are still improvements to be made, he is pleased with the win and can see the progress the team is making.

"I don't think we are playing at our best yet. I imagine the statistics were probably pretty even for both teams, so I'm just really pleased we hung in there and converted enough chances to get us over the line," said Hager.

"As a team, one of the things we spoke about was having to win these close games, and we have won two in a row now. Both those games have been tight and hard fought, and we have come out on the right side."

In cold conditions in Hastings, Canterbury's Olivia Merry was the first to score from a penalty corner in the 17th minute with Flynn doubling the lead in the last quarter with a field goal.

Flynn had a number of other opportunities in her milestone game, but couldn't quite convert.

Korea's Eunbi Cheon pegged one back in the 55th minute and the tempo increased as Korea pushed forward to try and find the equaliser, but New Zealand held on for the win.

The Black Sticks quarter-final against India is tomorrow evening at 6pm.